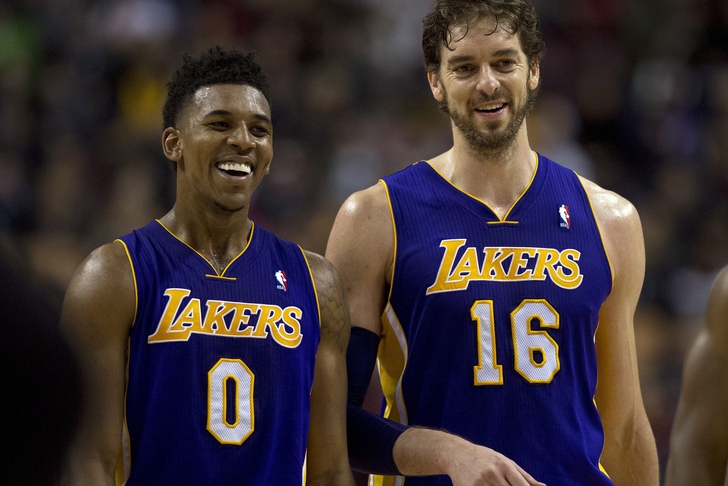 Lakers trade rumors are going to be absolute madness as the February 20th NBA trade deadline gets closer and closer, and it looks as if one reputable national outlet isn't quite convinced that the LA Lakers will move 4-time NBA All Star Pau Gasol before that date.

New York Post writer Tim Bontemps weighed in today on all the rumors swirling around the Spaniard, assigning only a "medium likelihood" that the LA Lakers' big man will be traded--

"This should be a “High” for likelihood of being moved, but the unwavering approach of the Lakers in going after the kind of value they’d want casts some doubt on whether the rumors will finally become reality."

The LA Lakers have held fast in the belief that Pau Gasol should command both a haul of draft picks and young talent with upside, but his current groin injury has left potential suitors such as the Phoenix Suns and Cleveland Cavaliers gun-shy.

However, Bontemps still thinks it is in the Lakers' best interest to move Pau Gasol now, as he believes it is "the perfect time to pull the trigger on a deal and move Gasol for something – anything – to give them more assets to build around moving forward."

Lakers trade rumors are coming fast and furious, and Chat Sports has you covered. Follow our Lakers team page today.