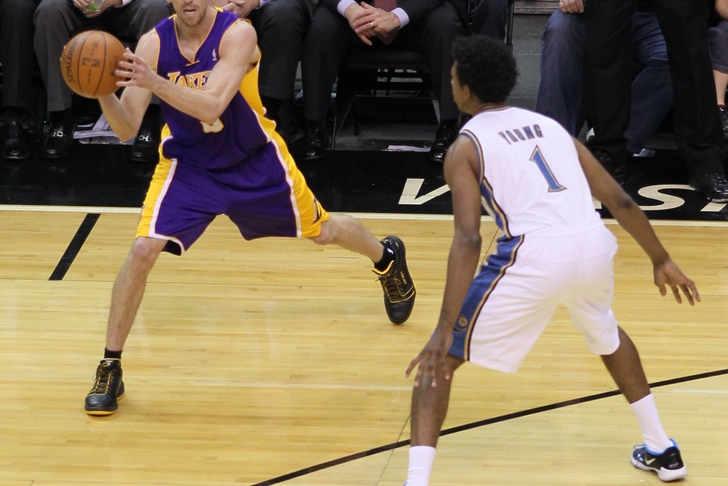 A bit of breaking news for you, originally reported as a piece of Lakers trade rumors here at Chat Sports yesterday--the LA Lakers have just shipped guard Steve Blake up the coast to the Golden State Warriors via trade.

Golden State's Bazemore and Brooks are on the way to the Lakers as part of the Blake deal, league sources tell Yahoo Sports.

The LA Lakers receive MarShon Brooks, who was recently acquired by the Golden State Warriors from the Boston Celtics, along with Kent Bazemore.

Steve Blake has had a renaissance of sorts with the LA Lakers this season, posting a career-high 7.6 assists a game, along with scoring 9.5 points a game--good for the second-best average of his 11-year career.

Both MarShon Brooks and Kent Bazemore have seen very limited time in the Golden State Warriors rotation in 2013-14. They are 25 and 24-years old respectively, which should fit in well with the LA Lakers current youth movement.

For all latest Lakers trade rumors and news, Chat Sports is the place. Follow our Lakers team page today.