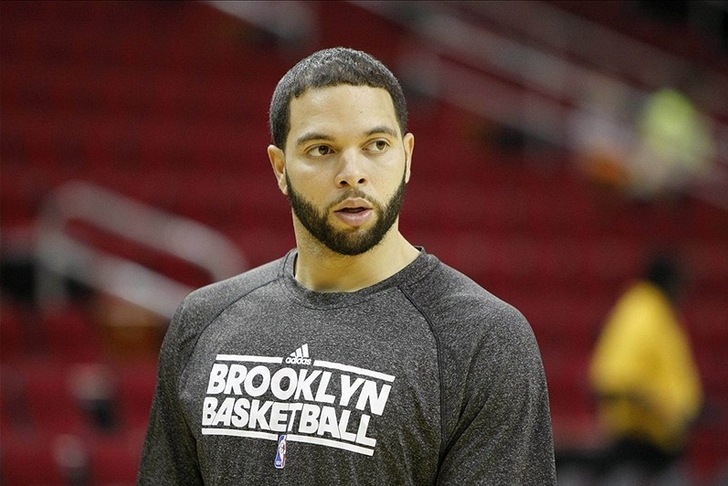 The Los Angeles Lakers are going to be mentioned in pretty much every single NBA trade rumor between now and Halloween...so let's get the Lakers trade rumors party started with a particularly interesting one out of Brooklyn.

The Brooklyn Nets are reportedly looking to deal Deron Williams this Summer, and the Lakers (according to the LA Daily News) are very interested.

"Another target for the Lakers is veteran point guard Deron Williams, who has been subpar for the past two seasons in Brooklyn. Williams, former perennial All-Star, wants to get out from his current situation with the Nets in hope of reviving his career with a championship contender team."

The Lakers aren't in the friendliest cap situation, and they wouldn't likely be interested in dealing a top pick in the upcoming draft. Still, they could make the numbers work by renouncing the rights to PG Kendall Marshall and a few trade exceptions, which would give them about $25 million in cap space.

Williams hasn't formally requested a trade, but he has made plenty of noise about being unhappy with the way things are going. It's too early to say whether this is the real deal, but with obvious benefits to both sides, we wouldn't be at all surprised if this deal happens a bit later in the summer.