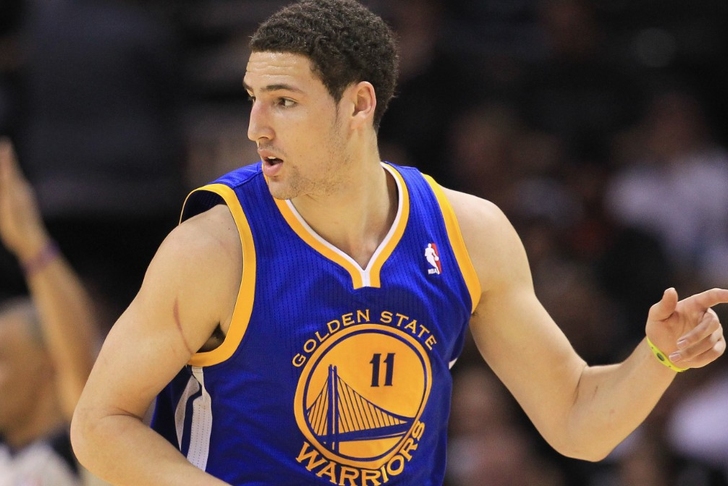 In today's Lakers rumors update, the Los Angeles Lakers may be willing to trade their seventh overall pick in the 2014 NBA Draft after all - especially if they can land Golden State Warriors sharpshooter Klay Thompson in the process.

Here's the lowdown from Mike Bresnahan of the Los Angeles Times:

The Lakers have been in discussions to acquire Golden State Warriors guard Klay Thompson for the seventh pick in next week’s draft, The Times has learned.

The deal would be part of a larger three-way trade that sends Minnesota All-Star power forward Kevin Love to the Warriors. The Lakers are interested but the deal has been put on hold because of a difference in opinion within the Warriors’ organization whether or not to keep Thompson while trying to obtain Love.

Reportedly, new Warriors head coach Steve Kerr and executive Jerry West are against any trade which costs them Klay Thompson. This directly conflicts with other members of the team's front office who believes it would be in the team's best interest to land Love at any cost.

However, the allure of picking up one of the basketball's premiere pure scorers in Kevin Love may be too much for the Warriors to decline straightaway - meaning that the Lakers may legitimately turn the #7 pick into Klay Thompson before the draft starts on Thursday.