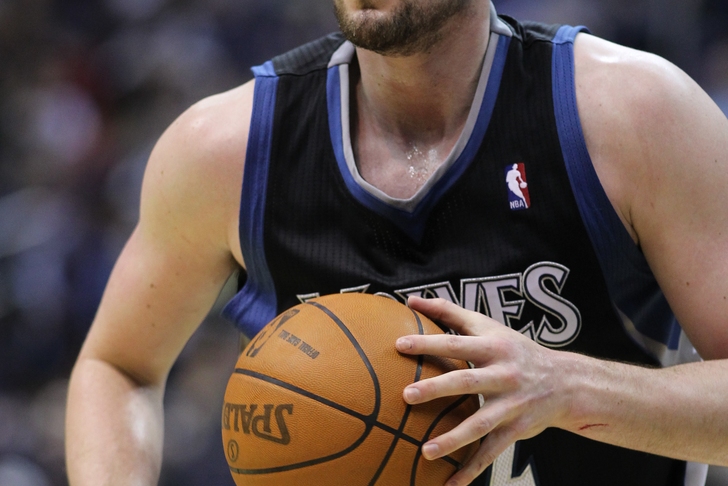 Get your screenshot fingers ready, Lakers trade rumors followers--a notorious LA Lakers hater is predicting that the Lakers will sign one of the biggest free agents of the 2015 NBA offseason.

In his NBA mailbag for Grantland.com, NBA analyst and guru Bill Simmons made his prognostication for where he thinks coveted Minnesota Timberwolves forward/center Kevin Love will end up over the course of the next couple years--"My best guess: I think Love rides it out in Minnesota, then jumps to the Lakers in 2015. But I wouldn’t rule out the Celtics. Don’t say I didn’t warn you."

The LA Lakers have been tabbed as primary contenders for acquiring the services of the 3-time NBA All-Star, and Bill Simmons' simple analysis of why the Lakers present the best geographical fit for Love can only add to those rumors--"Love went to UCLA, dates an actress, lives here during the summers, the whole thing. If there’s a smart way to get him here, he’s coming."

At the present moment, the Lakers don't look to have the collateral to pull off a blockbuster trade for Kevin Love next season--thus, acquiring him via free agency after the 2014-15 NBA season may be the LA Lakers best chance to land the franchise-altering big man.

Get your Lakers trade rumors as soon as they hit the web. Follow our Lakers team page today.