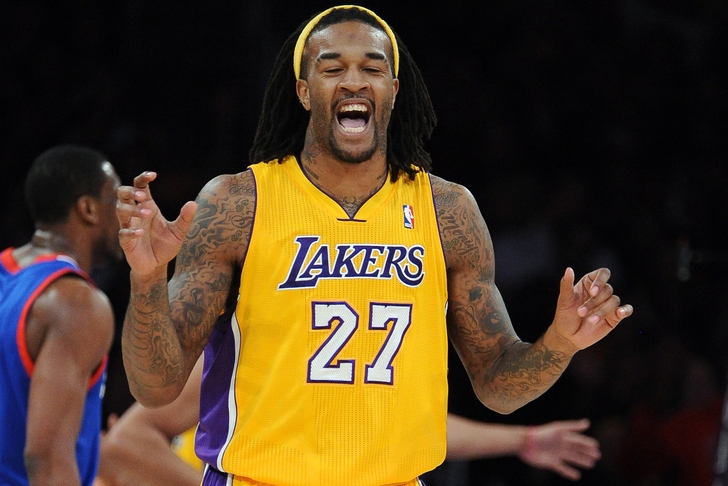 If you thought the Lakers trade rumors would stop after Steve Blake was just traded less than an hour ago, think again.

Lakers Nation is now reporting that the LA Lakers aren't done wheeling and dealing by a long shot, with LA Lakers center Jordan Hill perhaps the next to move--

The Lakers are now in deep talks with Nets, Bobcats, and Pelicans about Jordan Hill according to @ramonashelburne. http://t.co/x0L9FVCCQ5

With the LA Lakers acquiring two young back-of-the-rotation players in Kent Bazemore and MarShon Brooks from the Golden State Warriors minutes ago, the LA Lakers look determined to reinforce their focus toward the 2014-15 NBA season and beyond.

There were rumors circulating yesterday that the Charlotte Bobcats were making overtures toward the LA Lakers in attempts to acquire Pau Gasol, but for now it looks like the LA Lakers 4-time NBA All-Star is off the trading block.

The Brooklyn Nets and New Orleans Pelicans both present intriguing trade options as well, for very different reasons. The Nets have shown a proclivity to spend wildly, so perhaps some cash considerations could be part of any deal they offer to the LA Lakers.

We will have more on this story as it develops.

Get Lakers trade rumors as soon as they hit. Follow our Lakers team page today.