Lakers Rumors: Which Of Brooklyn's Available Stars Is The Best Fit In LA? 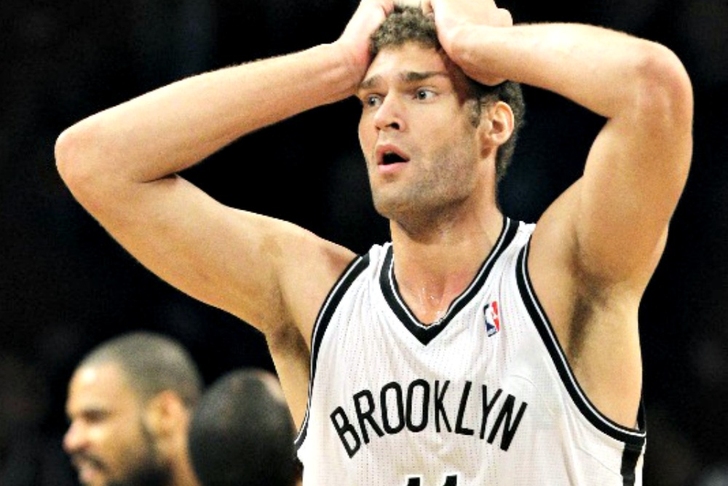 The Brooklyn Nets are having a fire sale.

After an 8-11 start to the season, the Nets are hoping to offload one of their three highest-paid stars, and they've started reaching out to teams to inform them that Deron Williams, Joe Johnson, and Brook Lopez are all available...for the right price.

The Lakers, currently tied for second-to-last in the West with a 6-16 record, should be one of the teams taking a serious look at Brooklyn's available assets. Let's take a look at each one and see if a trade could be in the cards...

We'll be blunt - unless something drastic changes, the Lakers won't even kick the tires on Johnson. There's no way he'd work in the same lineup as Kobe Bryant, and his astronomical $23.2 million annual salary is nearly impossible for the Lakers to take on via trade without breaking league rules. There are only two ways the Lakers could make this trade possible within the rules: send Kobe the other way to balance things out (not happening), or hope the Nets will accept Jeremy Lin, Steve Nash, and spare change in return (also not happening).

With a salary over $3 million lower than Johnson, Williams is slightly more realistic - and he's a much better fit for what the Lakers need right now. Williams hasn't had the best year of his career so far, but he'd provide an instant upgrade at point guard, giving the team credibility at a position they've struggled to fill in recent seasons. A trade would take some creative accounting and hard selling on LA's part, though, and would likely have to include the 2016 first-rounder they've been desperately trying to keep. While this is slightly more realistic than a move for Joe Johnson, we wouldn't hold our breath.

Probability of a Deron Williams trade: 5%

Here's where it gets interesting. Lopez has a much lower salary ($15.7m this year, $16.7m next season), and also would fill a major need in Los Angeles. The lack of a true big man has been absolutely killing the Lakers this year, and Robert Sacre, Ed Davis, Jordan Hill & Carlos Boozer have all been unable to protect the rim while producing on the other end of the floor.

Lopez is an instant upgrade in LA's frontcourt, and since he turned 26 this year, they can plan on keeping him around for a while too. A trade for Lopez will unfortunately require future draft picks as well, but if Los Angeles wants to remain in contention while Kobe Bryant is still around, they really can't expect to do that while keeping the picks they have left. If L.A. tries to make a move for one of Brooklyn's stars, it'll likely be Lopez.

Probability of a Brook Lopez trade: 15%