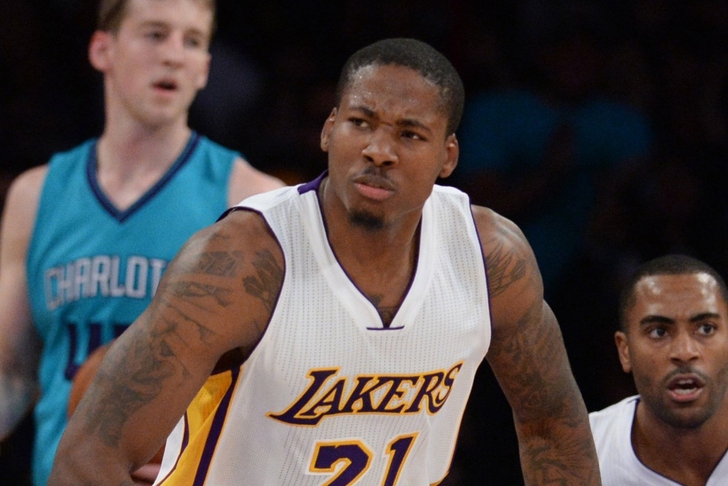 The Los Angeles Lakers got a heck of a bargain last summer when they inked Ed Davis to a two-year, $2 million deal, but an opt-out clause in his deal could end up costing Los Angeles much more for a second year.

Per Mark Medina of the Los Angeles Daily News, "Davis will exercise his option by June 25 to become an unrestricted free agent. The Lakers’ interest in signing Davis to a long-term deal partly hinges on his market value. But the Lakers and Davis seem open to negotiating."

During his exit interview last month, Davis said that he's not looking for money and money alone, and that he hopes he can return to Los Angeles. The former lottery pick averaged 8.3 points, 7.6 rebounds and 1.2 blocks per game, so there's a great chance the Lakers will play ball as long as the market doesn't price the Lakers out.