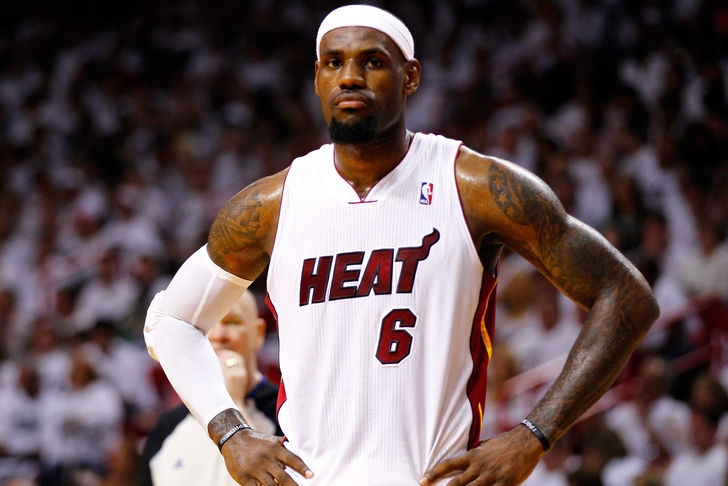 In another Lakers rumors and news update for the end of your 4th of July weekend, while the Los Angeles Lakers have seen their chances at landing New York Knicks free agent Carmelo Anthony seemingly increase exponentially this weekend, recent developments surrounding the Miami Heat could also open the door for a potential face-to-face pitch to LeBron James.

According to Adrian Wojnarowski of Yahoo! Sports, things are very uncertain on South Beach when it comes to James' intentions on the open market:

Around Bosh/Wade, there's uneasiness about James' intent; uncertainty. No one's sure -- yet. Heat aren't done, but empire's teetering.

Per ESPN's Ramona Shelburne, the Los Angeles Lakers met with James' agent, Klutch Sports' Rich Paul, last week. The Lakers' case proved to be intriguing for LeBron's representation, and despite Chris Broussard's report that the Cleveland Cavaliers are his personal "frontrunner" to sign James, everything is up in the air until one of two things happens:

Once Pat Riley has chance to lay out his progress in free agency to James soon, there could be better clarity on James' next step.

It is a very interesting time to be a Lakers fan - with both Melo and James seemingly available when the house money appeared to indicate otherwise just weeks ago.