Lakers Rumors: Tobias Harris To LA Via Free Agency In 2015? 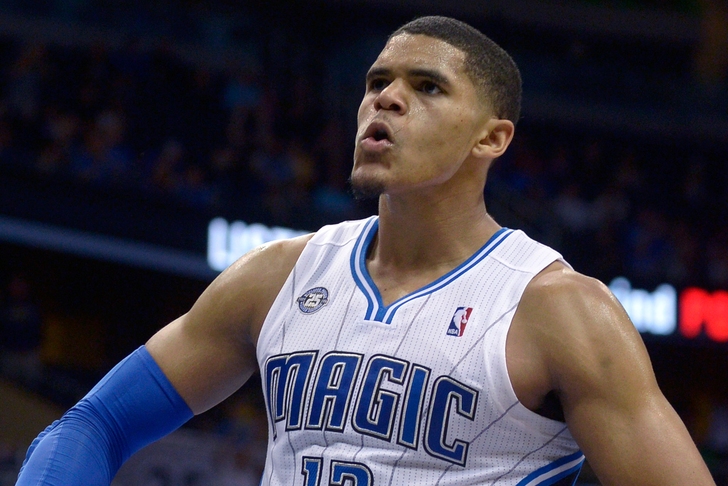 The Los Angeles Lakers are undoubtedly looking at the summer of 2015 as a chance to solidify the team's present and future through free agency.

One upcoming free agent who could have the Lakers on his shortlist is Orlando Magic forward Tobias Harris. Per ESPN's Chris Broussard (via Lakers Nation), Harris' new Nike deal could make moving to Los Angeles an attractive financial proposition:

Keep eye on Tobias Harris. Won't sign ext w/Orlando b4 10/31. Restricted FA next summer. Nike deal gives him upgrade if he in LA, NY or CHI

Harris will only be a restricted free agent in 2015, giving the Orlando Magic the option to theoretically match any offer sheet accepted by the versatile forward. However, Harris could be looking to push his way out of Orlando, satisfying his new sponsors while giving him a chance to ply his trade in a big market.

Harris averaged 14 points and 7 rebounds in 61 games last year. His youth and upside make him an intriguing option if the Lakers decided they're not fully sold on Wesley Johnson as their small forward of the future.