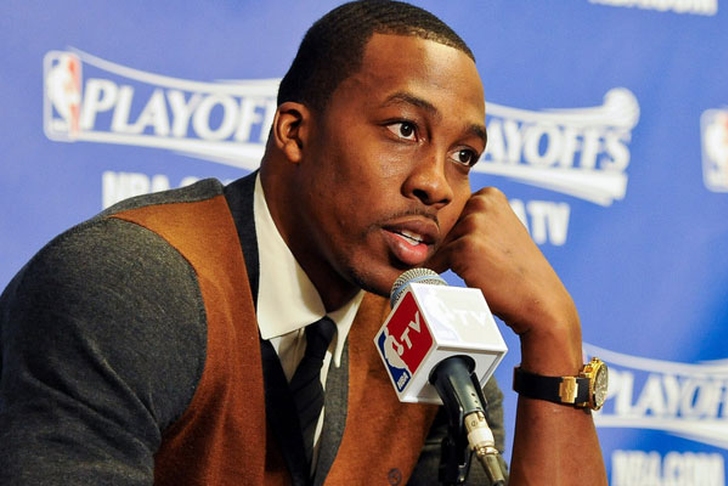 Now that it's almost a certainty that Dwight Howard will not be re-signing with the Los Angeles Lakers because he does not like Mike D'Antoni's system and cannot deal with the pressure from the media or expectations from the fans, it's time to take a look at where Howard is most likely to be suiting up next year.

So, in no particular order, here are the top possible destination for Dwight Howard:

It's been rumored for some time now that Howard and Los Angeles Clippers free agent point guard Chris Paul have been texting about joining forces next season. Now that the Clippers have essentially traded for former Celtics coach Doc Rivers to be their new head coach, it seems likely that Paul will re-sign with the Clippers.

This makes the other L.A. team a viable option for Howard, but still consider it very unlikely. If Howard signs with the Clippers, the only thing he will escape is the high expectations and pressure of Lakers fans. If anything, media scrutiny will increase to unimaginable levels, and literally anywhere Howard goes in Los Angeles he will constantly be berated by bitter Lakers fans. It would be a walking nightmare for him. Plus the Clippers already have Blake Griffin. So this is highly doubtful.

This seems to be the consensus top destination for Howard. It has almost everything he wants. The Rockets are a solid young team with an excellent nucleus in James Harden and budding star Chandler Parsons. The fan expectations are nonexistent compared to those of the Lakers, and the media pressure will be notably less in market No. 10 than market No. 2. Howard will instantly become the top guy there, and has apparently been talking with Rockets players throughout the offseason.

Don't sleep on another Texas team for Howard as well. The Mavericks play a slower style of play appeals to Howard more than the run-and-gun Rockets. If Howard signed with Dallas, he would become the top guy over Dirk Nowitzki, but still have the presence of the 11-time All-Star to help him assimilate. Plus, Nowitzki's contract, as well as that of almost everyone else on the team, expires after next season, and the Mavs will have more than half the salary cap free to build around Howard even with a maximum deal. While the pressure is greater in Dallas than it would be in Houston, it is still dramatically less than with the Lakers.

Atlanta is Howard's hometown, and was rumored as a highly possible destination for Howard and Paul back when the two were talking, well before Doc Rivers came to the Clippers. Paul is out of the question is Atlanta now, but if the Lakers and Hawks could swing a sign-and-trade so that Howard could make maximum dollars, it remains a possibility for him.