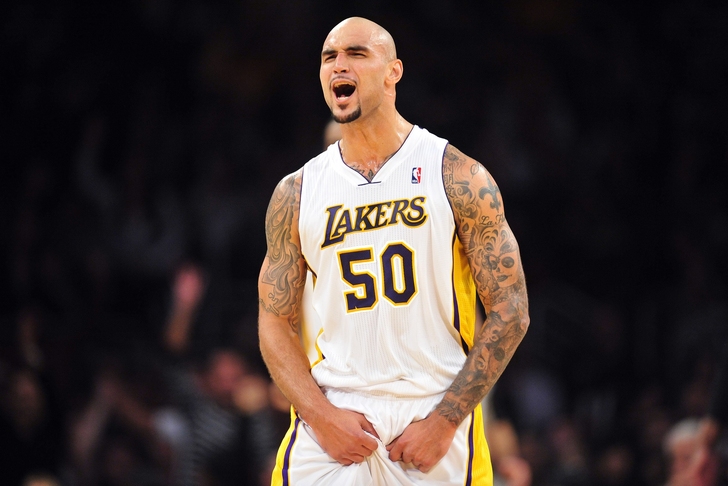 After acquiring big man Tarik Black off of waivers from the Houston Rockets last week, the Los Angeles Lakers have a glut of frontcourt players at their disposal.

However, with Black, Jordan Hill, Ed Davis, and Robert Sacre all vying for minutes, Yannis Koutroupis of Basketball Insiders believes Los Angeles could look to package one of their frontcourt players in a trade:

The Charlotte Hornets were said to be interested in Black, but by virtue of having a worse record the Lakers were able to claim the big man first. However, he doesn’t necessarily play a position of need for the Lakers, which creates suspicion about what could be next. The Lakers had to waive Xavier Henry, who was out for the year with a ruptured Achilles, to create a spot for Black – but already have a crowded center position with Jordan Hill, Ed Davis and Robert Sacre.

One trade partner could be the Cleveland Cavs, who are in desperate need of a big man after Anderson Varejao went down for the year with a torn Achilles. The Cavs were connected to Robert Sacre in a trade rumors this past summer, but it's unknown whether that represented legitimate interest.