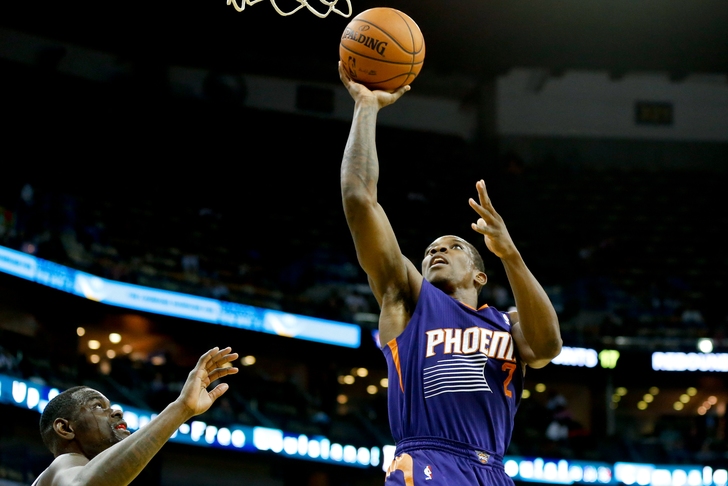 Earlier today, Lakers rumors hit a fever pitch over the very real possibility that Minnesota Timberwolves' superstar Kevin Love will join the Los Angeles Lakers in 2015. However, rumor has it that the Lakers may make a run at another, lesser-talked about superstar in 2014.

With questions surrounding the soon-to-return Steve Nash and his injured back, the Los Angeles Lakers may look at Eric Bledsoe as a means to get younger and more dynamic from a talent standpoint. Steve Nash turns 40 years old next week, and there are no guarantees that the eight-time NBA All Star will ever be back playing at the level he is accustomed to playing at.

Eric Bledsoe has been suffering through his own injury problems, sustaining a knee injury on December 30th that, after surgery, has kept him out of action ever since. Bledsoe is averaging 18.0 points and 5.8 assists per game in the 24 contests he has played in this season.