Lakers Rumors: Steve Nash could return from injury as early as Tuesday 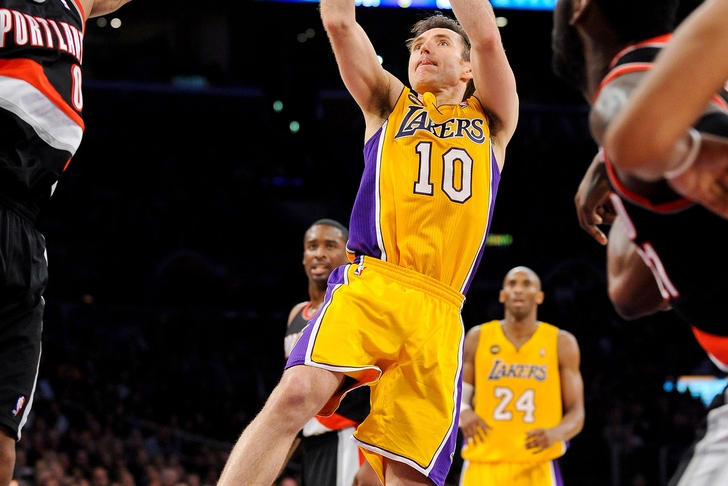 The Lakers rumors are coming fast and furious over the past few days, and it seems there is now cause for optimism about a possible return date for Los Angeles Lakers' perennial All-Star Steve Nash.

"D'Antoni says he hopes Nash can come back next Tuesday. Nash has been out since late November."

The young Los Angeles Lakers would get a huge boost from Nash's return, especially if his back injury has healed to a level close to 100%. The future NBA Hall of Famer has only appeared in six games with the Lakers this year, averaging just 6.7 points and 4.8 assists per game in those contests.

NBA sources close to the Lakers were predicting that Steve Nash would be out for the rest of the season as recent as early January, so it would seem that this rumor should be taken as part of the "wait and see" variety.

If it's Lakers rumors you want, then Chat Sports is your source. Follow our Lakers' team page.