Lakers Rumors: Ryan Kelly closing in on return from injury? 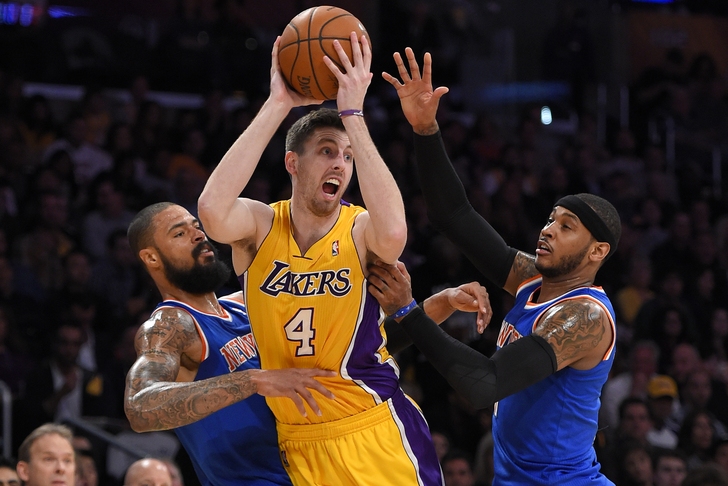 The Los Angeles Lakers could have second-year player Ryan Kelly back within the next few weeks as he continues his rehabilitation from a hamstring injury.

According to Mike Trudell of Lakers.com, Kelly doesn't appear to be too far off from adding more to his workload:

Ryan Kelly is in week 5 of a 6-week timetable to begin ramping back up from his hamstring injury. Team may have him play 3-on-3 on Saturday.

If all goes well with that, the Lakers could have him back at practice very soon:

If Kelly's hamstring responds well on Saturday, he could do more work on Sunday. If that goes well, possible to practice some on Monday.

Kelly had a promising rookie season in 2013-14, emerging as a valuable rotation piece who can help the space the floor with his solid shooting touch. He injured his hamstring back in training camp, and hasn't seen action yet in 2014-15.