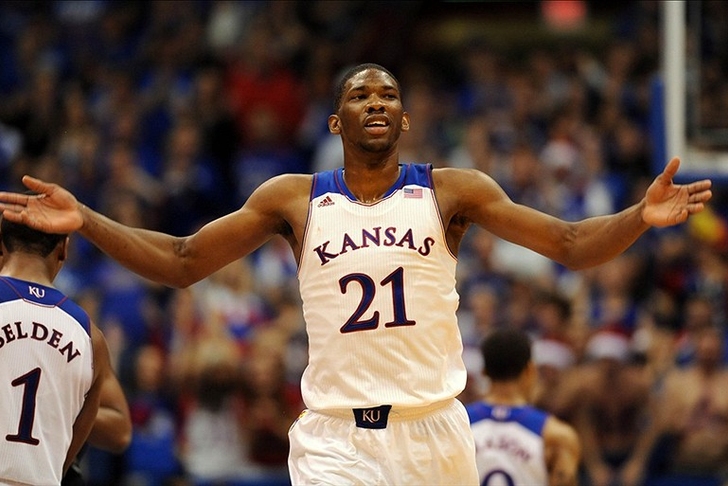 It's draft day, and the Lakers rumors are flying fast and furious. To separate the reality from the speculation, we're here to analyze all the top rumors and give you the inside scoop on what's actually going down.

Yeah, so that happened, even though it was deleted almost immediately:

...and it isn't the first time Embiid has tweeted about LA, either:

I want to live in LA so bad #beautiful

So, what to make of all this? It sounds like someone (likely an agent or someone in the business) told Embiid that the Lakers plan on drafting him, and he took that to mean that he's headed to LA.

There's only one problem - the Lakers draft seventh, and there's no way for Embiid to prevent any of the teams picking 3-6 from drafting him. Sure, he's tried limiting access to his medical records to steer himself to a major market, but several of those teams (Philadelphia, Utah and Boston) have registered interest.

Embiid could be headed to the Lakers, but it isn't nearly as close to a done deal as most other outlets are reporting. Additionally, if Dante Exum or Julius Randle is still available at #7, everything we've heard out of LA over the past week indicates that the Lakers would take one of those two over Embiid.

We're hearing that the Lakers are considered extremely unlikely to trade for Love today, with the Warriors currently leading the chase. Despite Golden State's advantage, a deal in the next 24 hours would be extremely surprising, and his future is still very much in motion.

Melo officially hits the market on July 1st, and the Lakers are one of five teams (Houston, Chicago, New York and Dallas are also in play) currently preparing a presentation for him. Sources indicate that Anthony wants the Lakers to bulk up their roster before he'd commit to them, which puts LA behind Chicago and Houston in the Anthony bidding war. If the Lakers can swing a few deals in the next week, though, that could change in a hurry.

The Lakers still want LeBron badly, but for that to become a serious possibility, a lot of things need to happen.

First, the Heat would have to royally screw up their next few weeks by failing to upgrade their roster in any kind of meaningful way. If the Heat whiff on a few moves and haven't made any changes by late July, James would start putting out feelers to other interested parties.

For the Lakers to be one of those parties, they'd need Love or Melo...at the very least. We've been told that the Lakers are well aware of this, and any moves over the next few weeks will be made with that goal in mind. Stay tuned...