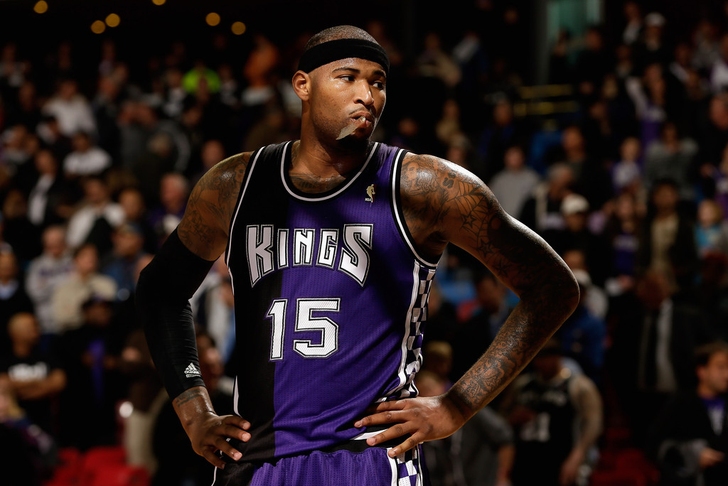 Los Angeles is interested in improving their backcourt in free agency, and have targeted former Cavs shooting guard Iman Shumpert, according to ESPN’s Chris Broussard. The Lakers view him as a lockdown perimeter defender they can put next to D’Angelo Russell and Jordan Clarkson, neither of whom are great defensive players. However, LeBron James is a friend and big fan of Shumpert, and he wants Cleveland to bring him back.

LaMarcus Aldridge, one of the most coveted players in this free agent class, will meet with the Lakers before any other team, according to ESPN. The meeting will take place shortly after free agency officially begins at 12:01 a.m. ET Wednesday. Los Angeles has reportedly move past the Mavericks on Aldridge’s wish list, and will be competing with the Spurs for his services.

The Los Angeles Lakers have suffered through a down stretch the past couple years, but there’s no reason why this storied franchise can’t retool and reload in epic fashion this summer. Here are three things to know about their free agency plans:

Los Angeles has more cap space than anyone else this summer with only four players currently on their roster, and they're recruiting star free agents LaMarcus Aldridge, Kevin Love, and DeAndre Jordan to help boost them back into playoff contention. The Lakers are in the mix, though not the favorites, for Aldridge and Jordan, but are neck-and-neck with the Cavs for Love's services. They expect to land one of these players, so it'll be interesting to see how it plays out with these three targets.

2) Will they trade for DeMarcus Cousins?

The rumored trade that would send the D'Angelo Russell, Julius Randle and Jordan Clarkson to the Sacramento Kings for All-Star big man DeMarcus Cousins is dead in the water, as the Lakers aren't willing to give up that much. However, Cousins has made it clear that he's done in Sacramento and wants to play for the Lakers. Los Angeles definitely has interest in the All-Star and will keep pursuing him, but only for a fair price.

Los Angeles reportedly would love to keep big man Ed Davis in tow after an impressive 2014-15 on a budget $1.1 million deal, but they’re likely going to have a major premium to do it.

Via Mark Medina of the Los Angeles Daily News:

“I definitely want to be back,” Davis said in an interview with Los Angeles News Group. “With everything being equal, I’m 100 percent going back there. Hopefully that’s the case. But with free agency and all the stuff going on with the draft, you never know how things are going to go.”

Davis declined to outline the terms of his preferred contract in length and dollar amount. But a league source familiar with his thinking said he will seek a two- or three-year deal worth $7-8 million a year, or a one-year deal worth $9-10 million.

Davis expressed preference for joining a playoff team, which he believes the Lakers will become next season. And Davis sounded eager to make up for lost earnings after experiencing a five-year career that he called “up and down” and chalked up to “bad luck.”