Lakers Rumors: Ricky Rubio To The Lakers Via Free Agency Next Year? 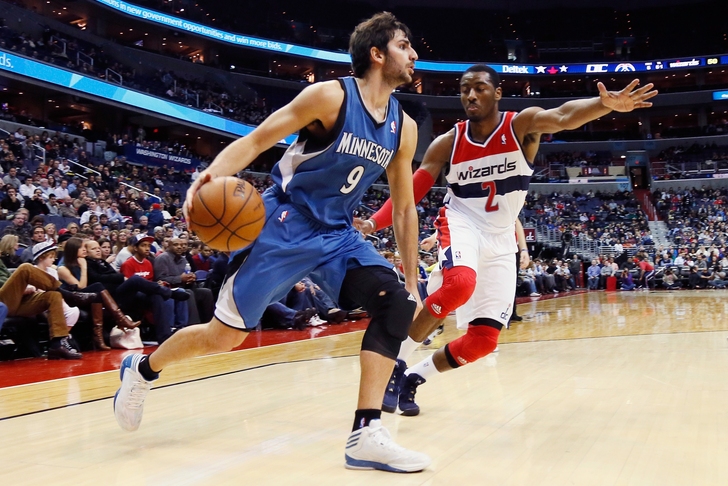 While the Minnesota Timberwolves have expressed interest in offering Ricky Rubio a contract extension next month, the Los Angeles Lakers remain a free-agent option for the international star if he can't come to terms with the Wolves.

Minnesota has until October 31st to extend Rubio, but the two sides remain relatively far apart in negotiations. If a deal doesn't get done, the 23-year-old will find himself as a restricted free agent next July.

If that happens, ESPN's Darren Wolfson sees the Los Angeles Lakers as one of two teams other than the Wolves that can afford to secure Rubio in the offseason:

As Ryan Ward of Lakers Nation points out, "although there’s a chance Rubio stays in Minnesota, the team recently made a sign-and-trade offer to the Phoenix Suns for Eric Bledsoe."

If the Wolves go all-in on Bledsoe and leave Rubio for the taking, don't be surprised if he's wearing the purple and gold of the Lakers come 2015-16.