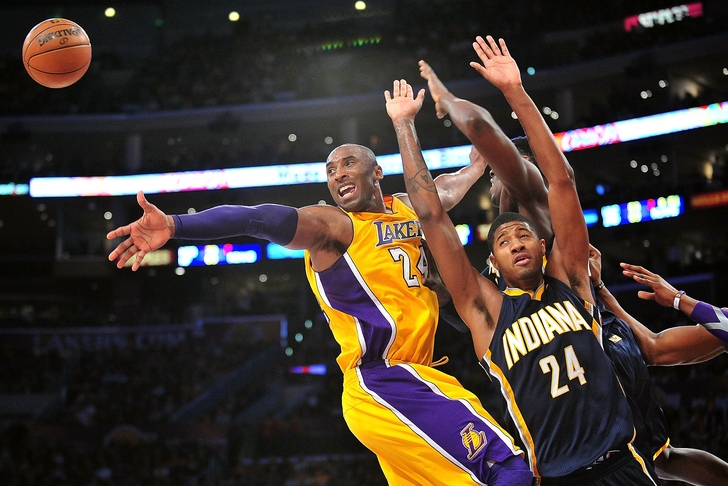 One of those highlighted issues was the intimation that Indiana Pacers star Paul George decided to re-sign with the Pacers last fall because of a negative image he held regarding Kobe Bryant's reputation:

While the Lakers were going after Anthony in vain, they quietly pursued Chris Bosh as well, but he preferred the carcass of the Heat. Paul George, Angelino through and through, had once been the team’s safest choice. But sources say one reason the two-way star had re-signed with the Pacers in the fall of 2013 instead was that he was turned off by the thought that Bryant would police his efforts.

Be wary of this article insomuch as it comes directly after Kobe Bryant labeled ESPN as "idiots" twice over the past week. However, Kobe's demanding leadership style isn't for everyone, and Paul George likely appreciates a softer, more lax sense of direction in the locker room (as evidenced by the 2013-14 Indiana Pacers).