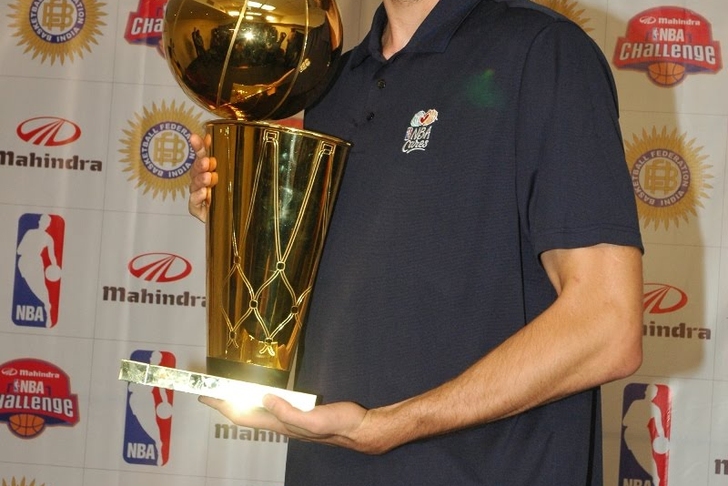 On his blog at PauGasol.com, the LA Lakers big man recently reflected on what he is looking for out of his upcoming free agency this offseason--

"Honestly I’m not ruling out renewing my contract, I’m just open to every option. My decision will be based purely on sporting considerations. It couldn’t be any other way. I want to be in a team with a real chance of winning a ring and where I can help to compete for it. I would like to win another championship. The financial side comes second at this stage of my career."

While Pau Gasol is having a season roughly on par with some of the best seasons production-wise of his career, the LA Lakers' center's recent groin injury issues, along with questions about whether he is losing a step at 34-years-old, may come into play when contract discussions begin after the season.

Pau Gasol has appeared in 48 games this season with the LA Lakers, and is averaging a double-double (17.0 ppg and 10.1 rpg) for the fourth time in his 13-year career.

With numbers like those, this year's LA Lakers trade darling could find himself with several NBA suitors knocking on his agent's door.

Get Lakers rumors right at the source. Follow our Lakers team page today.