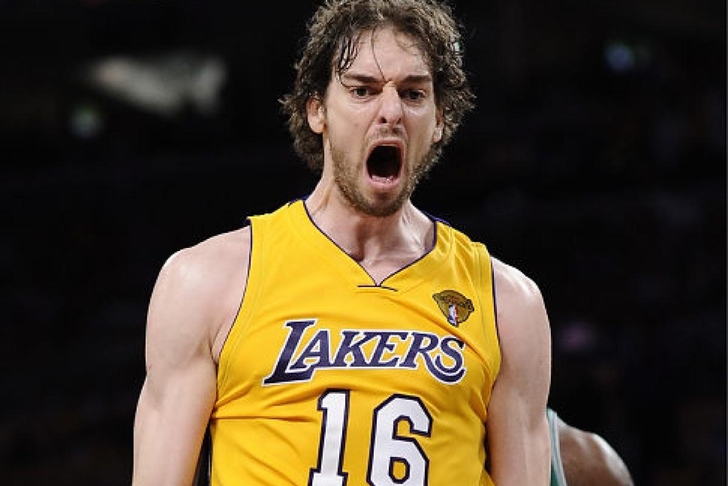 According to Bob Finnan of the Morning Journal, the New York Knicks and Memphis Grizzlies could be front-runners for the services of Pau Gasol this summer -- "Forward/center Pau Gasol might have played his last game with the Lakers. He will become an unrestricted free agent on July 1. He didn’t appear to be on the same page with Lakers coach Mike D’Antoni," Finnan says in the article posted on Sunday.

"It has been rumored that he might join Phil Jackson in New York, but he’s certainly not going to play for the $3.2 million mid-level exception. Joining his brother, Marc, in Memphis might make some sense. The (Cleveland) Cavs might kick the tires of a Gasol signing."

Pau Gasol has seemed resigned to the notion that he will be departing Los Angeles this summer, but don't be surprised if the Lakers make a push to retain him for 2014-15 and beyond.

Your Lakers rumors whenever and wherever you want them. Download our new Chat Sports iPhone app and follow our Lakers team page today.