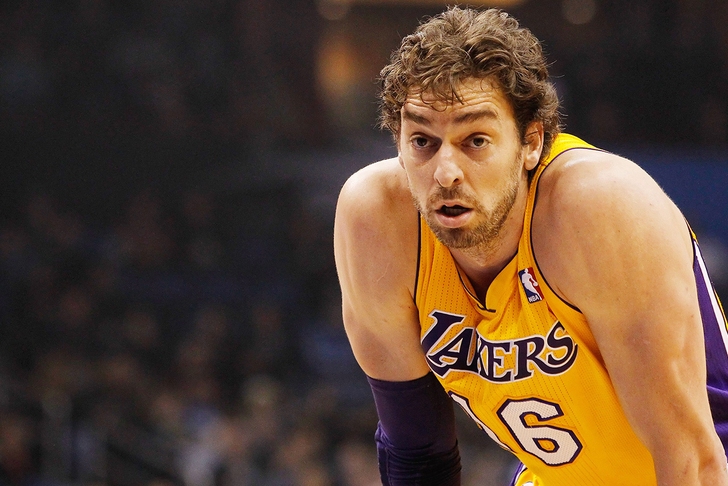 Pau Gasol's NBA future is still largely up in the air. A Lakers stalwart since arriving from Memphis in 2008, Gasol struggled to stay healthy last year as the team limped to a disastrous 27-55 record.

Now a free agent, Gasol will have his pick of destinations next year. In an interview with Spanish newspaper Marca, Gasol named several teams he wouldn't mind playing for in 2014.

Gasol would be willing to return to the Lakers, but would also consider the Memphis Grizzlies (where he spent the early part of his NBA career), the Chicago Bulls, and the San Antonio Spurs.

The Lakers would obviously be the easy choice - Gasol is already living in Los Angeles, and has close relationships with Kobe Bryant and several other members of the organization. Memphis also makes sense, since the Grizzlies are the team that drafted him and helped him acclimate to America (it doesn't hurt that his younger brother Marc is one of their best players).

Chicago and San Antonio are both intriguing, but less likely possibilities. The Bulls are planning a serious run at Carmelo Anthony this summer, and with Derrick Rose returning (we think) in 2014, Chicago could finally have the pieces to give Miami a run for their money. The Spurs have been title contenders for what feels like decades now, and the chance to play for Greg Popovich might be enough to lure Gasol to Texas.

Gasol still has plenty of time to make his decision, but it looks like he's already giving it some thought.

For all the latest Los Angeles Lakers rumors this summer, make sure to stay tuned to the Chat Sports Lakers page...and download our mobile app for your sports news on the go!