Lakers Rumors: Nick Young wants to finish his career as a Laker 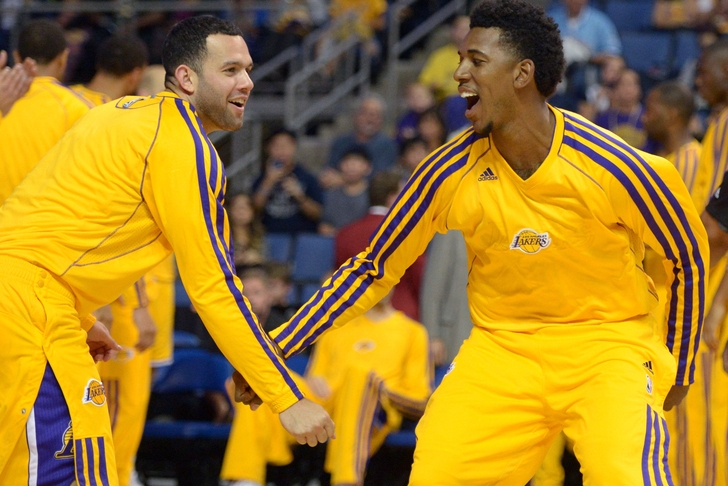 In a reversal from yesterday's batch of Lakers rumors, Nick "Swaggy P" Young may be looking to re-sign with the Los Angeles Lakers after all.

At least that's what it looks like according to LA Lakers reporter Serena Winters:

Nick Young: "This is home. I would love to finish off here as a Laker. My kids get to go to school and say my dads a laker - that's big!"

This comes off of several quotes attributed to Nick Young which intimated that the Los Angeles cult hero would be looking elsewhere for employment for both playing time and more money. Now it looks like Nick Young may accept less money to stay with the Los Angeles Lakers, rather than going full bore into the free agent market this summer:

We will have more on the situation regarding Nick Young's status with the Lakers as it is made available to press.

Your Lakers rumors whenever and wherever you want them. Download our new Chat Sports IPhone app, and follow our Lakers team page today.