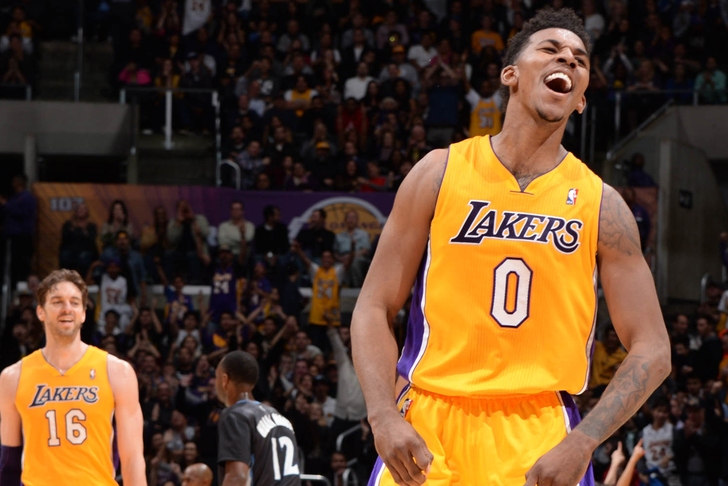 Lakers rumors haven't been kind to fans of the purple and gold this week, starting with speculation that star center Pau Gasol may be held out for the remaining seven games of the 2013-14 NBA season -- and perhaps concluding with the end of Swaggy P at the Staples Center.

Per several NBA sources and LakersNation.com, LA Lakers shooting guard Nick Young may be looking to opt-out of his contract which is worth just $1.2 million for 2014-15. Young is said to believe that "he deserves more than the player option and will look to get more money in free agency."

Despite battling injuries, Young has been one of the few bright spots for a Lakers squad which sit just two games ahead of the Utah Jazz for the worst record in the entire NBA Western Conference.

Mixing unique flair and a revamped game, the seven year veteran sits just a tenth of a point (17.3 ppg) behind his career-high scoring average of 17.4 points per game -- set when he was a member of the Washington Wizards back in 2010-11.

Download our new Chat Sports IPhone app for all the latest developments on Nick Young's contract situation as they come in.

Your source for Lakers rumors is here at Chat Sports. Follow our Lakers team page today.