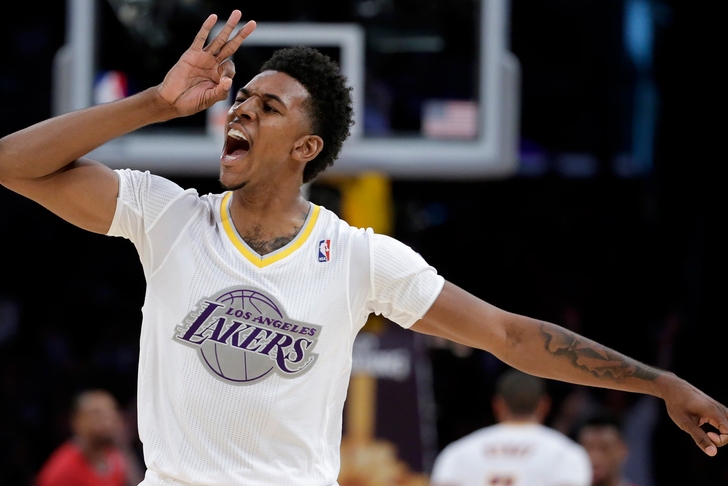 Los Angeles Lakers swingman Nick Young has been limited by a sprained ankle as of late, but he was available and ready to go for Sunday's 92-80 road loss to the New York Knicks. However, head coach Byron Scott hadn't seen him practice and decided not to use him.

Per Mark Medina of the Los Angeles Daily News, Scott wasn't disappointed that he didn't make the floor on Sunday:

Young hasn't been played since a short eight-minute appearance against the Houston Rockets - a game in which Byron Scott said it appeared Nick Young didn't want to be there. After the Knicks loss, Young didn't have much to say about his relationship with Scott:

The Lakers will have two days off before facing the Bucks in Milwaukee, giving the two time to get on the same page before the road trip continues.