Lakers Rumors: Memphis Grizzlies will not look to trade for Pau Gasol 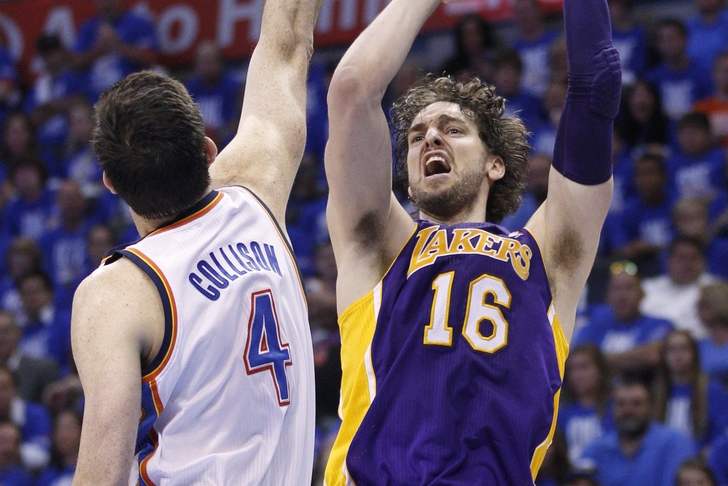 There have been a ton of Lakers rumors surrounding where all-star center Pau Gasol could possibly be traded to, if at all, but it does not look like he will be joining his brother in the Deep South.

According to Steve Kyler of Basketball Insiders, the Memphis Grizzlies do not see the Los Angeles Lakers' big man as a fit, citing his "$19 million contract" as a huge sticking point for the usually spend-thrift Grizzlies' franchise. Kyler adds that "if he’ll sign there as a free agent on the cheap they’d take him, but they are not trading for him."

The Lakers rumors surrounding Memphis as a possible suitor for Pau Gasol  started early in the season, when the four-time NBA All-Star described the thought of a reunion with his brother as "intriguing." Gasol was a member of the Memphis from 2001 to early 2008.

In 39 games this season, Gasol is averaging a double-double, tallying 16.4 points and 10.0 rebounds per game. He is having the best defensive rebounding season of his career with 7.9 per game, and has shown flashes of dominance which could make him a premiere asset for several contenders in the trade market.