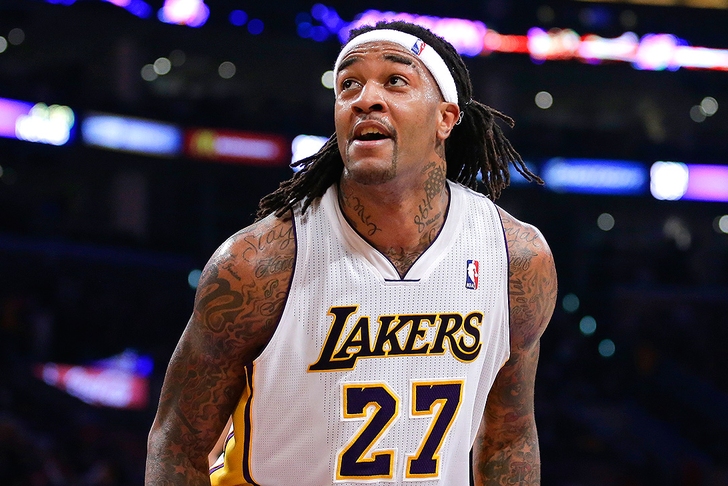 The Los Angeles Lakers have had few distinct bright spots to start the 2014-15 NBA season, but the play of big man Jordan Hill has definitely been one of them.

In the first year of a two-year, $18 million deal, Hill has averaged 13.0 points and 9.0 rebounds in 22 games. According to Sean Deveney of the Sporting News, the Lakers are impressed enough with Hill that he appears to be a part of their long-term plans going forward:

A contract that once looked overwrought now appears eminently fair, to the point where the Lakers are considered likely to exercise the $9 million option they hold on Hill’s deal next season. On a roster widely viewed as devoid of trade assets, sources told Sporting News that Hill is the one guy about whom the Lakers get realistic trade calls—but that LA has no plans to move him.

The departure of former head coach Mike D'Antoni and Pau Gasol have opened up the rotation for Hill who never really found much of a role in D'Antoni's system with Gasol taking up the lion's share of the minutes.

He has his opportunity now and appears to be taking full advantage of it.