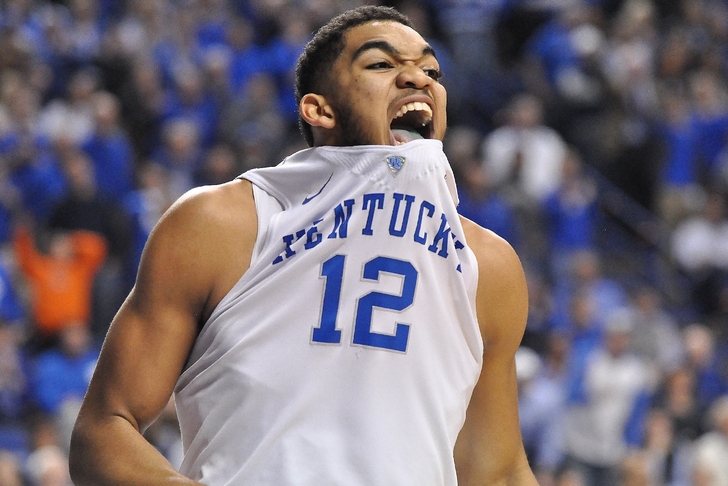 The Los Angeles Lakers' lost 2014-15 season is slowly winding to a close, which means the team to fervently discuss free agency and the 2015 NBA Draft is here already.

In regards to the team's potential draft leanings, ESPN's Ramona Shelburne had some interesting comment during a guest host spot on ESPN Radio's Mason and Ireland about who the Lakers could target if they somehow manage to land the #1 pick in the NBA Draft Lottery.

Mason: “You know Jimmy, you know Jimmy Buss. I know you text with him and stuff and talk to him on the phone. Which one do you think he’s going with? Push comes shove, get the number one pick, you think it’s Russell or Okafor?

Mason: “Get out of here! If they get the number one pick, it’s one of those two.”

Shelburne: “Kid from Kentucky has the higher ceiling.”

Shelburne: “Karl [Anthony Towns]. I’m telling you half the league would pick Karl first. Yes. He has the much higher ceiling.

[Jahlil] Okafor is the more ready to play guy right now. He’s the guy that’ll help you sooner, faster. Like if Phil [Jackson] gets the number one pick, he’s probably taking Okafor in New York because he can’t wait around.”