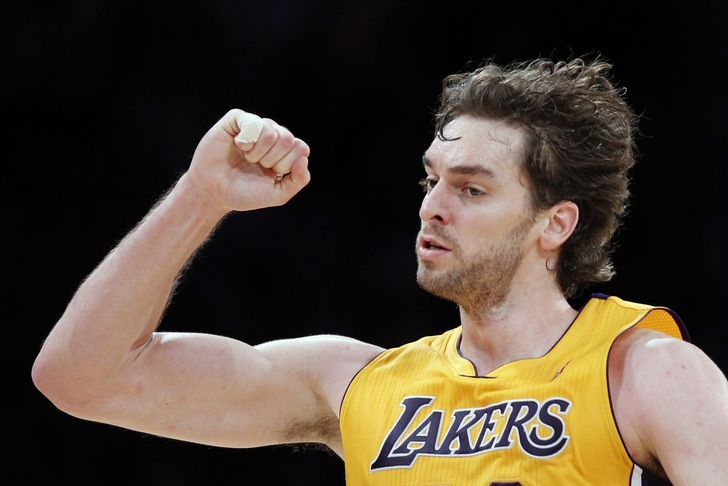 In this Lakers rumors and news update, Los Angeles Lakers free-agent big man Pau Gasol is finding himself as a coveted asset during the 2014 NBA free agency period as several teams, including the Lakers, currently vie for his services.

According to Adrian Wojnarowski of Yahoo! Sports, the Lakers (and the San Antonio Spurs) are currently trailing behind the Chicago Bulls and Oklahoma City Thunder in the race to sign the four-time NBA All-Star:

With the Los Angeles Lakers still pinning part of their offseason hopes on the possibility of landing either Carmelo Anthony or LeBron James, Gasol's free agency has been positioned on the back burner in many Lakers fans' minds for the time being.

Per ESPN's Marc Stein, as the Lakers intensify their pitches towards the two biggest names on the open market, the Oklahoma City Thunder are sneaking in and gaining the ear of Gasol - perhaps signaling the beginning of the end of Gasol's time in Hollywood:

The Lakers have made it perfectly clear that they would like to have Gasol back in the fold. However, last year's pervasive trade rumors and Gasol's reported desire for a change in scenery have the Lakers currently falling off the pace in their attempt to re-sign him.