Lakers Rumors: Lance Stephenson update, Lakers out of the mix? 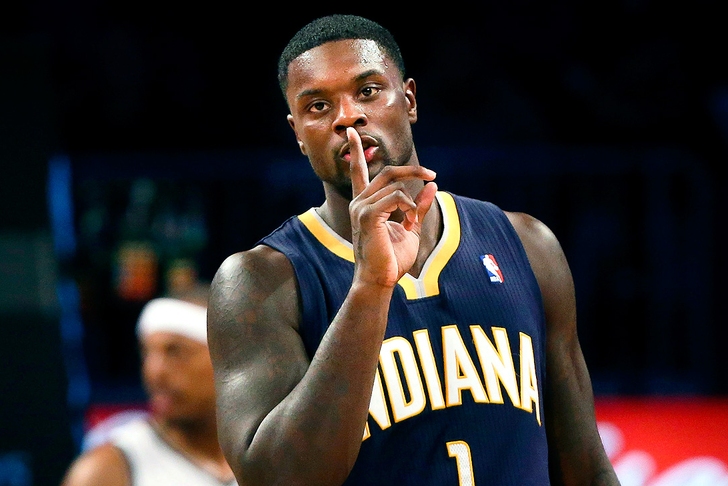 In this Lakers rumors and news update, the Los Angeles Lakers are currently expected to be out of the running for Indiana Pacers free agent Lance Stephenson.

According to Sean Deveney of the Sporting News, the Lakers never had a vested interest in trying to land the controversial shooting guard:

According to the source, the remaining serious suitors for Stephenson are expected to be Charlotte, Dallas—if and when the Rockets match the Mavs’ offer sheet for Chandler Parsons—and Indiana. Several teams mentioned in connection with Stephenson, including Boston, Chicago and the Lakers, have not been serious in their pursuit, the source said, while others could register late interest.

The Los Angeles Lakers, per ESPN's Ramona Shelburne, are expected to remain out of the running for the remainder of the second-tier free agents currently on the market. Large financial commitments in re-signing both Nick Young and Jordan Hill, along with the recently-acquired Jeremy Lin's cap number, could signal a shift in focus to the 2015 and 2016 free agency periods when it comes to Los Angeles landing a marquee name.