Lakers Rumors: Lakers would pursue LeBron, no other max player this offseason 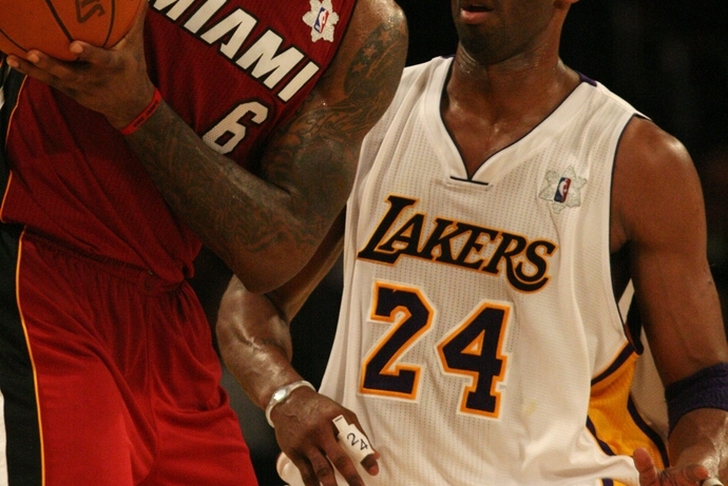 The Lakers rumors for the last day of the work week keep coming, and it looks like the Lakers' shopping list for the offseason may be shorter than previously expected.

According to Lakers' beat writer Kevin Ding of Bleacher Report, the Lakers are approaching their offseason wish list as a Lebron James-or-bust type proposition--

"If James isn’t available to them this offseason, the Lakers have their doubts that they want to invest in anyone. It’s more likely that they piece the team together around Bryant again on short deals for next season."

NBA sources are doubtful at this point that LeBron is even considering leaving Miami, however depending upon the health and statuses of future Hall of Famers Kobe Bryant and Steve Nash, the Lakers' could present a very intriguing fit for LeBron James if he decides to look elsewhere.

LeBron is averaging 26.2 points and 6.9 rebounds per game in 42 contests this season. The four-time NBA MVP was voted into his 10th straight NBA All Star Game earlier this week.

Lakers rumors and news are here first at Chat Sports. Be sure to follow our Lakers' team page.