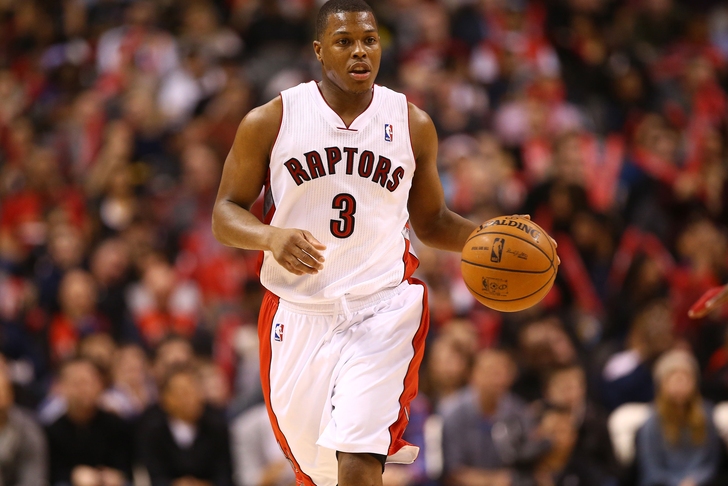 The latest batch of Lakers rumors has the team positioned as a prime contender to land Toronto Raptors' starting point guard Kyle Lowry, if the Raptors decide to fully place Lowry on the trading block.

ESPN's Marc Stein took to Twitter yesterday, stating that the Raptors are "more likely to trade Kyle Lowry than keep him to prevent losing asset(s) for nothing." Stein went on to say that "no team out there (is) willing YET to meet Raps' asking price for PG who, nice as he's playin, can bolt in free agency."

If the Toronto Raptors decide that their starting point guard needs to be traded sooner rather than later, sources around the NBA state that the Los Angeles Lakers and Brooklyn Nets would be the front-runners to land Lowry.

With questions on whether future Hall of Famer Steve Nash will ever be back at playing at an All-Star level after sustaining a back injury which has kept him out for the majority of the season, the Lakers may see Kyle Lowry as the perfect fit for their young squad. However, the Lakers would be running a major risk if Lowry decides to opt for free agency after the season.

Get all your Lakers rumors and news here first. Follow our Lakers' team page.