Lakers Rumors: Lakers to be players for Pacers' Lance Stephenson this offseason? 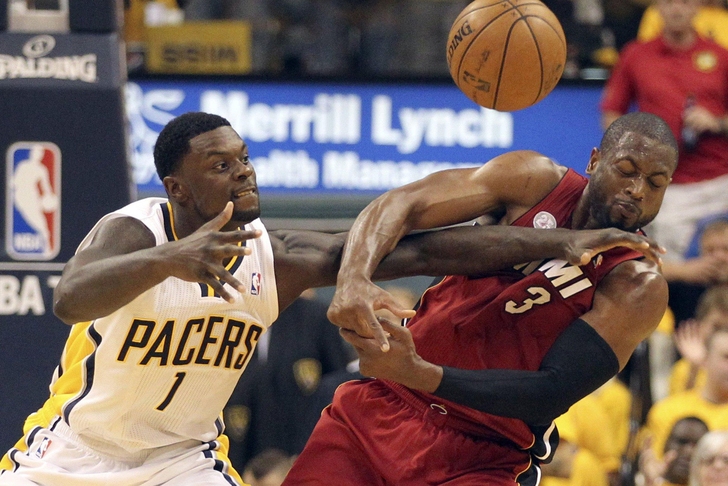 Here's another bit of Lakers rumors to tide you over on this wintry Thursday night--it looks like the Los Angeles Lakers could make a play for one of the brightest young stars in the NBA after the season.

According to Sean Deveney of the Sporting News, Indiana Pacers' shooting guard Lance Stephenson could be on his way out of Indiana after the 2013-14 NBA season, due to a lack of maneuverability for the Pacers in regards to the projected 2014-15 luxury tax threshold.

Deveney states that, if the Pacers are priced out of retaining Lance Stephenson's services, then "the Lakers, Bulls and Bobcats will be among the teams who can and would offer an ample payday and increased opportunity for Stephenson this summer." The Los Angeles Lakers should have ample cap space to make a play for Stephenson, who could command a salary "in eight-figure land."

The 23-year old guard would serve as a very nice fit for a Los Angeles Lakers' organization that is seemingly in the midst of a youth movement. His aggression from a scoring and defensive perspective could pay dividends for a Lakers team in need of dynamic playmakers at both ends of the court.

If it's Lakers rumors you want, then Chat Sports is the place. Follow our Lakers team page today.