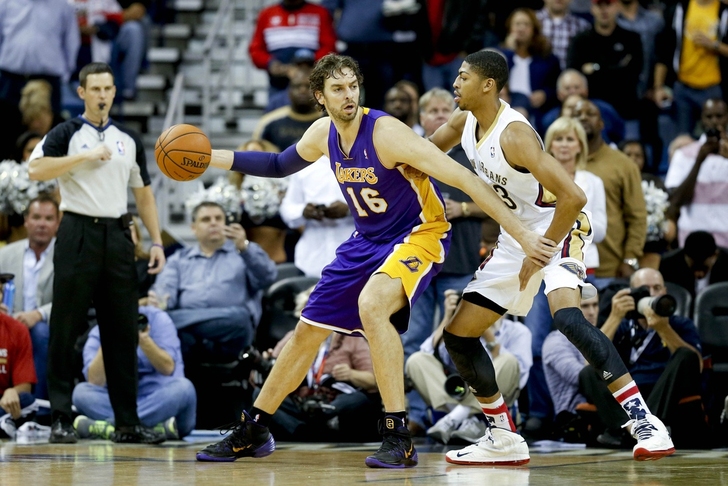 In today's Lakers rumors bulletin, the Los Angeles Lakers are eying both a potential Melo-LeBron pairing and the possibility of teaming up Melo and Pau Gasol when it comes to the team's plans in free agency.

According to Dave McMenamin of ESPN Los Angeles, "should it appear that James and Anthony are not pursuing a mutual destination as a package deal -- especially with Dwyane Wade, Udonis Haslem and Chris Bosh opting out of their deals with the Miami Heat -- the Lakers believe that having Gasol back on the team could be vital in their solo pursuit of Anthony."

Despite being dogged by trade rumors from the get-go during the 2013-14 NBA season, Gasol continued to display himself as one of the more talented offensive forces when it comes to big men in the current NBA.

In addition to the Lakers' interest in retaining Gasol, Knicks president Phil Jackson is also targeting his own Melo/Gasol combination - as he is reportedly interested in luring Gasol to the Big Apple to line up alongside a (potentially) returning Anthony.