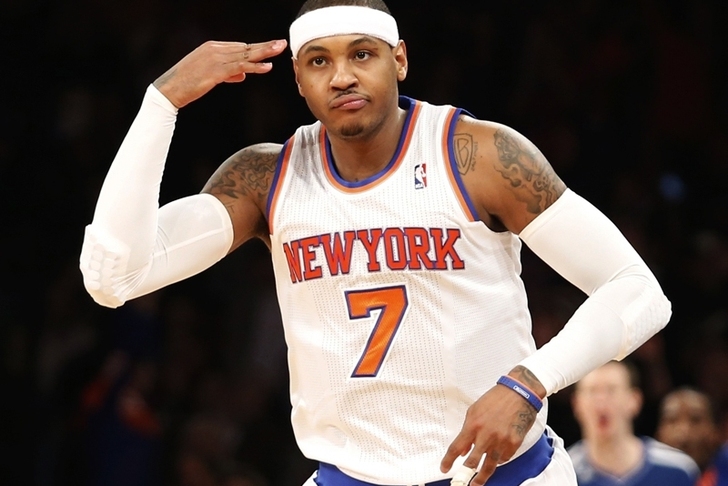 In a look into Lakers rumors and news at the beginning of the 2014 NBA free agency period, the Los Angeles Lakers have officially declared their intent to pursue New York Knicks free agent Carmelo Anthony - setting a date in stone to meet with him face-to-face.

According to ESPN's Ramona Shelburne, the meeting with Melo will take place a lot sooner than the original projection of earlier next week:

The Lakers registered interest in Carmelo Anthony tonight and will be meeting with him on Thursday, source tells ESPN

He will then fly into Texas to knock two meetings out in the same day with both the Dallas Mavericks and Houston Rockets.

The Los Angeles Lakers will conclude his listed run through potential non-Knicks suitors, with no other meetings (other than with New York) currently in the works.