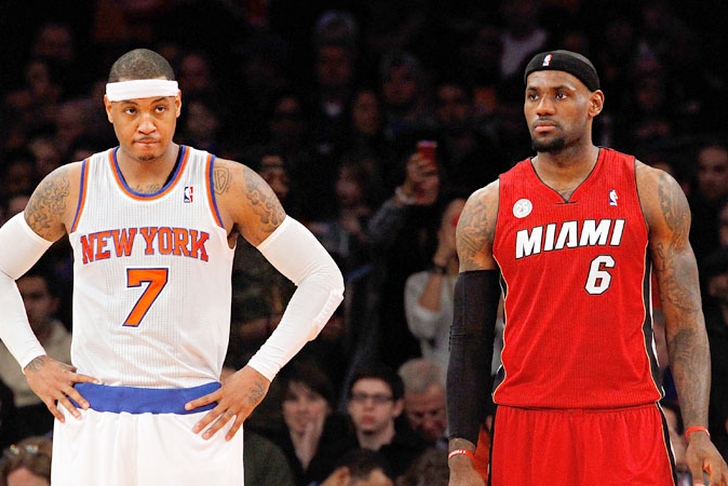 In today's Lakers rumors and news update, the Los Angeles Lakers' chances at landing either LeBron James or Carmelo Anthony could be improving in light of recent events over the past 24 hours.

Firstly, per ESPN's Marc Stein, Carmelo Anthony might not be such a lock to head to Chicago as has been reported by several outlets:

Couple that with a recent report for ESPN's Chris Broussard which indicates that LeBron James may not be on the same page as the rest of Miami's Big Three, and you have room for speculation:

"It's not a done deal," said one source, when asked about James' return to Miami. "That's for sure."

Bosh and Wade were so uncertain about James's future after last week's meeting that one of them spoke about what the Heat might look like without James, according to one source.

While neither of these developments make the Lakers a prohibitive favorites for either superstar, they at least open the door for the Los Angeles Lakers to take their best shot at making something happen.