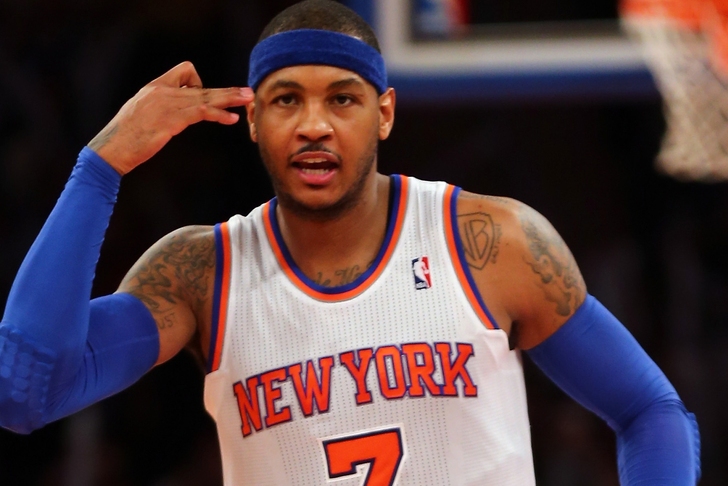 Carmelo Anthony and Lakers rumors meet once again, with the Los Angeles Lakers once again being thrust to the front of the list of possible contenders to sign free agent-to-be Carmelo Anthony this offseason.

Per Ohm Youngmisuk of ESPNNewYork.com, Anthony is extremely deflated by the recent turn of events in New York with the Knicks eliminated from playoff contention, and summer (and the questions) starting early for the potential Lakers target --

“I’m telling you, it’s hard for me to even think about that,” Anthony stated when asked about his future. “Everything for me is just cloudy. I’ve never been in the situation before.”

Whether these quotes are telling or not of Carmelo Anthony's intentions, several NBA analysts are now speculating that the sweepstakes for Carmelo Anthony have officially begun.

The Los Angeles Lakers and Chicago Bulls are the two perceived front-runners other than the Knicks to land Anthony, but will most likely have to present an attractive enough option from a contending standpoint for Anthony to leave almost $30 million on the table to leave the Knicks.