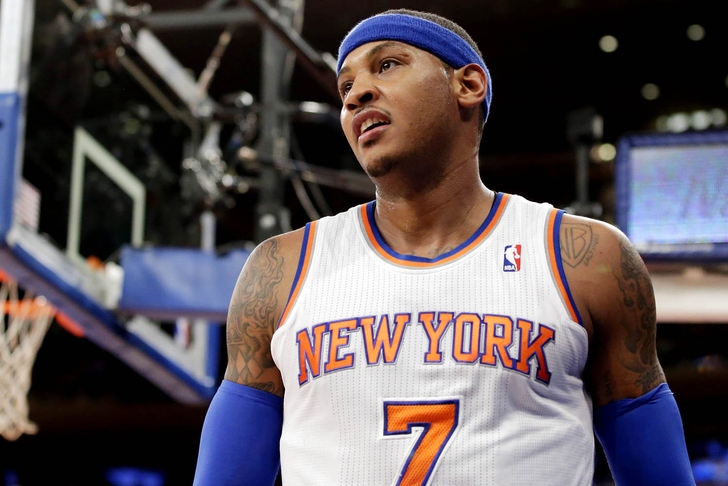 In today's Lakers rumors and news update, while none of Carmelo Anthony's reported suitors are technically out of his current free agency sweepstakes, the growing feeling throughout the NBA is that the Los Angeles Lakers and New York Knicks are the favorites going away to sign the seven-time NBA All-Star.

According to ESPN's Marc Stein, everyone's still got a chance at Melo - albeit perhaps a smaller chance for some teams:

As of 6 PM EST Sunday, ESPN sources say NONE of Melo's suitors (Rockets, Bulls, Mavs or Lakers) have been told they are out of contention

However, it seems like the league's two biggest markets have the most legitimate chance at having Melo ply his trade on their home floor for the next four or five years:

Everyone is technically still alive ... though there is a rising sense around the league that Melo likely to choose between Knicks & Lakers

When will we hear Melo's final say on his professional future? While tomorrow might not be the complete ending of his decision-making process, it could very bring us a much more complete picture about where he may be leaning:

When will Melo make it official? Obviously it could happen at any time, but Monday has been loosely mentioned as a day for some clarity

Stay tuned to Chat Sports for all the latest on Melo as additional information is made available.