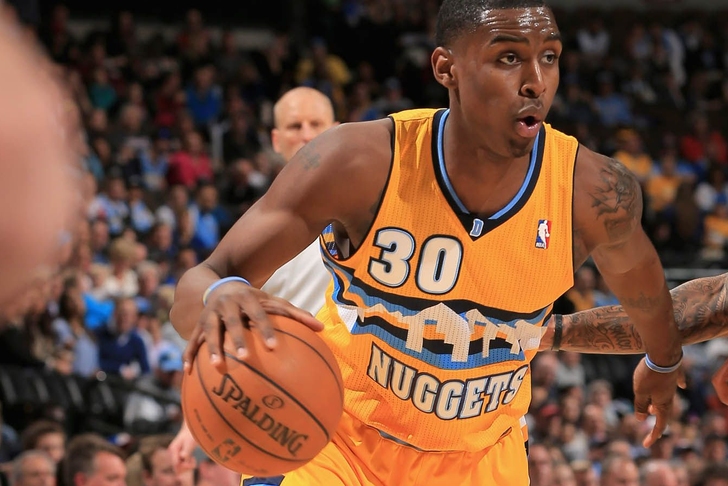 Faced with a multitude of injuries and a need for talent in the frontcourt, the Los Angeles Lakers are reportedly eyeing former Denver Nuggets small forward Quincy Miller.

Denver parted ways with Miller earlier this week after two relatively anonymous seasons with the team. Miller played in just 59 games, averaging 4.9 points and 2.8 rebounds in 15.2 minutes per appearance.

According to Ryan Ward of Lakers Nation, "with the Lakers in desperate need of some help at the small forward position, Miller could have an opportunity to come in and shoulder the load at the three spot behind starter Wesley Johnson."

Miller might not come in and change the Lakers' fortune right away, but he could prove a serviceable piece for a team desperate to replenish its depth follow a rash of major injuries.