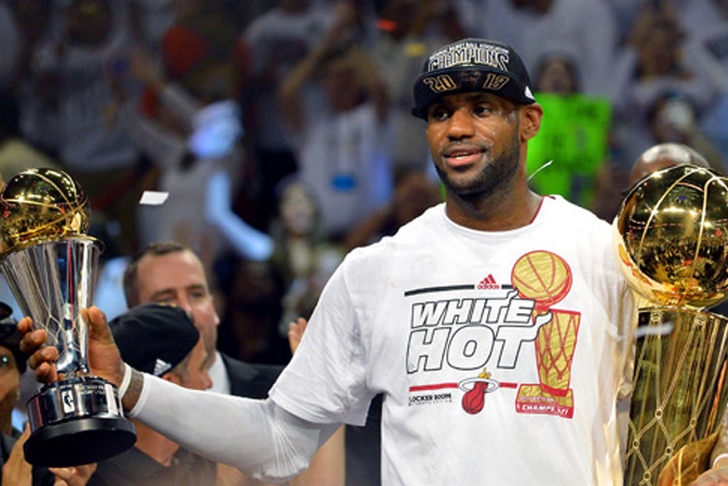 In today's look into the world of Lakers rumors and news, Kobe Bryant has already contacted LeBron James and Carmelo Anthony about the possibility of forming a new Big Three at Staples Center.

According to ESPN's Ramona Shelburne (via Ross Pickering of Lakerholicz), Bryant beat GM Mitch Kupchak to the punch when it comes to courting the coveted free-agent duo:

The Lakers had this idea where they could clear enough [cap] room where they could get [LeBron James and Carmelo Anthony] but then they’d only play for $16 million per year. I don’t think that was ever that realistic. Plus, Kobe [Bryant] was going to have to sell them [on the idea] and say, “It would be just like the Olympic team where I play defense and you guys be the stars.” [Kobe] actually did that. He actually did call both of them and talked to them about it but the sense I get is that neither of them are playing for $16 million each … I think all of this is just these guys having leverage. I think Melo goes back to New York and LeBron goes back to Miami.

With recent news that LeBron James will be unwilling to play for anything less than a max contract (valued around $22.2 million per year), the likelihood of a Melo-LeBron pairing might have decreased significantly.

However, it most likely won't stop the Lakers from trying to land at least one of the two - especially if mutual interest is shown.