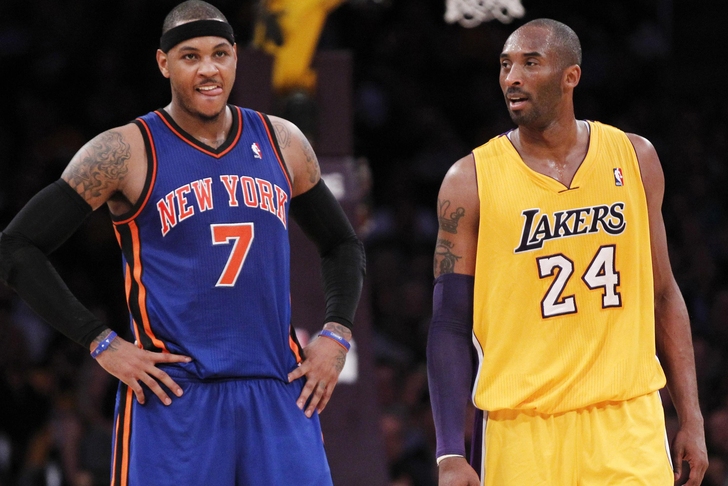 Here's the lowdown from ESPN's Chris Broussard, via information obtained from Dan Duangdao of Lakers Nation:

Though the Los Angeles Lakers are not on Anthony’s current list, Kobe Bryant plans to recruit him to the team. Bryant, who is close with Anthony, spoke to him by telephone when they were in separate parts of Europe earlier this week.

Bryant told ESPN.com in a text message that he plans to meet with Anthony, as well.

Reports indicate that Anthony will only consider the Lakers if they "strengthen" their roster via free agency. However, with cap room and a lottery pick to either trade or use, the Los Angeles Lakers could very well provide Anthony with all the incentive he needs to join forces with Bryant at the Staples Center within the next week or so.