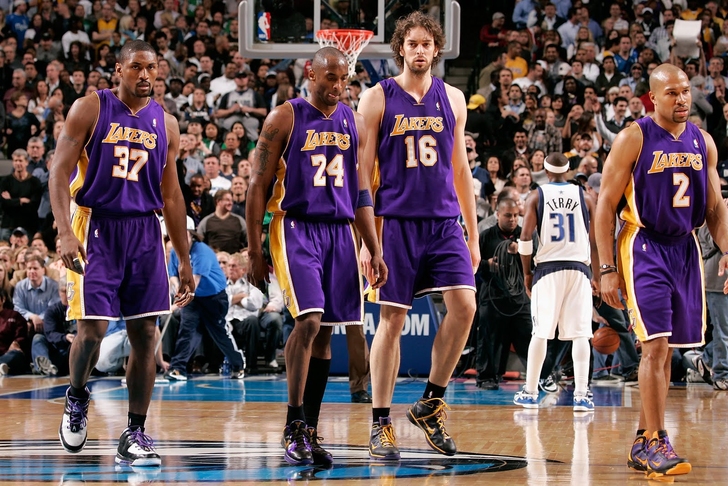 If you petitioned to have Lakers rumors renamed as "The Pau Gasol Show", nobody would blame you.

The latest speculation surrounding the Spanish big man centers around the face of the LA Lakers, Kobe Bryant. According to TNT's Ric Bucher, Bryant told Bucher that he believes Pau Gasol to be an "eight" out of ten in regard to the likelihood of the 4-time NBA All-Star remaining with the Lakers.

The question arose when Bucher asked Kobe Bryant how he thought the Lakers would look from a roster standpoint next season. When Bryant included Pau Gasol's name on the list, Bucher admitted that he was "surprised."

Kobe Bryant has been one of Pau Gasol's biggest supporters over the past several seasons, even going so far as to allegedly insist that Pau Gasol remain on the roster through the duration of Bryant's contract extension.

Despite the LA Lakers' Western Conference-worst 21-41 record, Pau Gasol is a solid season anchoring the post.

Despite the fact that he will turn 34 this summer, Pau Gasol will be a highly-coveted free agent this summer if the LA Lakers choose not to bring him back into the fold.