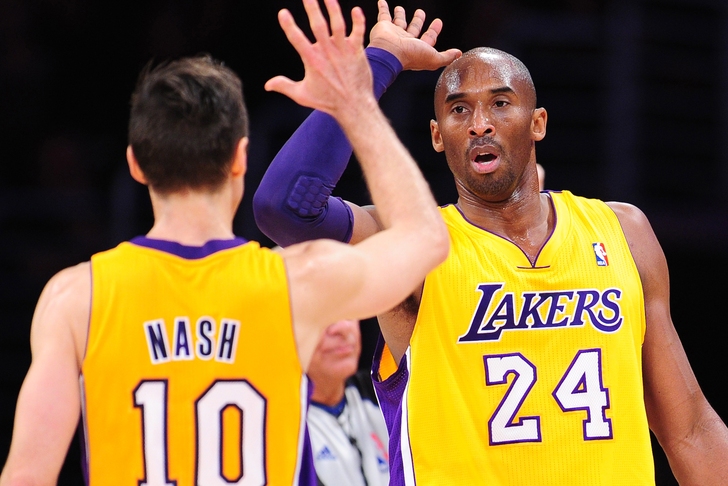 When the Los Angeles Lakers traded for Steve Nash back in the summer of 2012, GM Mitch Kupchak had championship dreams rushing through his head.

Nash's injuries aside, ESPN's Henry Abbott reports (via Lakers Nation) that there Kobe Bryant almost nixed the Steve Nash trade due to an issue between the two stars:

In the days before LA acquired Nash, sources say, the point guard wanted to hear from Bryant that the Lakers’ star was amenable to having Nash control the ball much of the time — a key tenet of the D’Antoni offense from the Suns days. When Lakers brass asked Bryant to call Nash, Bryant failed to do so, saying he preferred that Nash call him. The pettiness took days to resolve and nearly scuttled the deal.

Nash and Kobe haven't had a lot of time to work together on the court at Staples Center, which makes the 2014-15 season all the more intriguing. If both can stay healthy for an extended period of time, the fruits of what was almost a doomed trade to start with could come to bear.