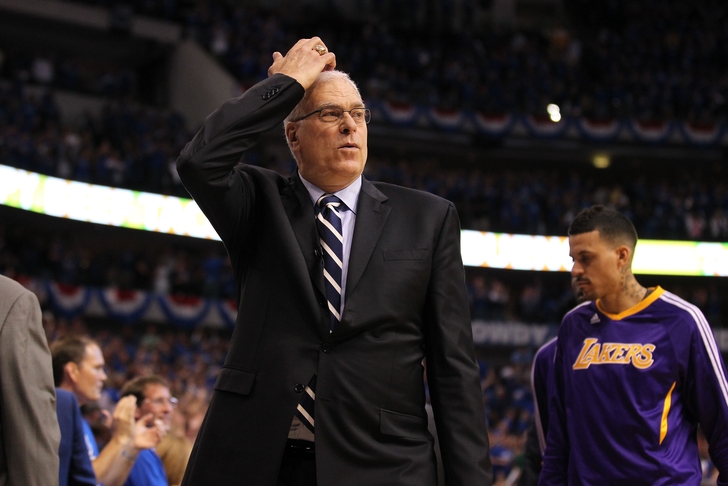 Remember all the Lakers rumors last year surrounding a possible return for legendary head coach Phil Jackson? The negotiations between the Lakers and Jackson, as you most like recall, ended on less-than-amiable terms--resulting in the hiring of coach Mike D'Antoni in November of 2012.

Many thought that would be the end of the 68-year-old Jackson's NBA Hall of Fame coaching career. Yet, according to ESPN's Stephen A. Smith, there is one other big market franchise which could be positioning itself to make a run at the 13-time NBA champion--

"New York Knicks president and general manager Steve Mills met about two weeks ago with Phil Jackson about the possibility of Jackson becoming the team’s next coach, sources told ESPN’s Stephen A. Smith."

Smith added that "the sources" in question "told Smith the message the Knicks received from Jackson was that he was not interested in the position at this time."

It is easy to forget that Phil Jackson played power forward for the New York Knicks for ten seasons, and was a member of the only two NBA championship squads in Knicks' history in 1970 and 1973.

If the LA Lakers end up ultimately not being an option for Jackson, the Knicks may be the only franchise with both the exposure and the heartstrings attached to pull Phil Jackson out of retirement.

As it always seems with Jackson, it is ultimately just a game of wait and see.

Be the first to read up on Lakers rumors, before they become old news. Follow our Lakers team page today.