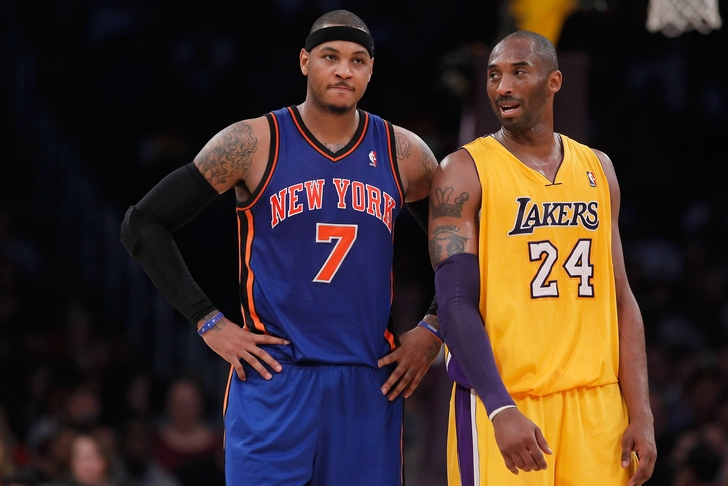 Lakers rumors have been on again and off again in regards to the possibility of New York Knicks superstar Carmelo Anthony signing a max contract with the Los Angeles Lakers in the offseason. However, according to Knicks head coach Mike Woodson, Carmelo does not belong in Los Angeles.

Responding to Carmelo Anthony's wife, LaLa Anthony, and her statements earlier this week that she "definitely think(s)" her husband will remain in New York after the season, Woodson spoke with ESPN Radio New York today and echoed her sentiments--

"I'm saying the same thing. I think he's going to stay. I want him to stay. New York fans, they need him here. These past three years, the way he's played has been tremendous. It has been great for New York."

Woodson added, "I think Melo was built for New York. I hope he stays here, as well."

Lakers rumors have been buzzing about the chance that the seven-time NBA All Star will grow tired of the dysfunction of James Dolan's New York Knicks franchise and will find a new home in the offseason at Staples Center with the Los Angeles Lakers. However, recently the talk has died down, with many reports stating that Carmelo Anthony is no longer on the Lakers' wish list.

In 42 contests this season, Carmelo Anthony is averaging 27.1 points and a career-high 9.0 rebounds per game.

Lakers rumors hit here first at Chat Sports. Be sure to follow our Lakers team page.