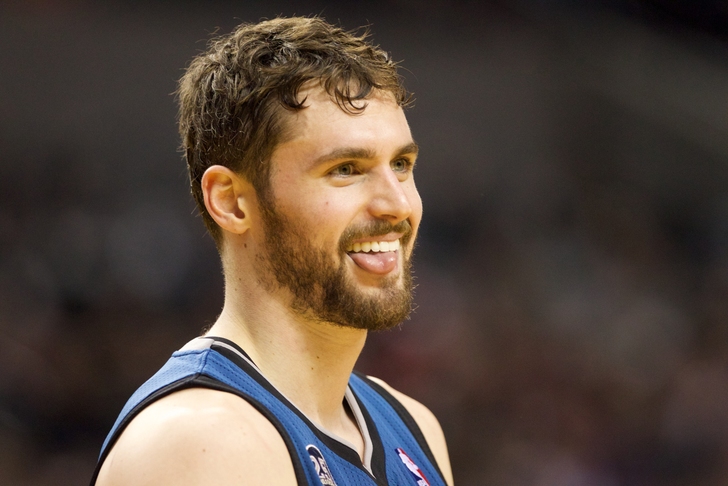 If you pay attention to Lakers rumors, then you are most likely very familiar with the talk surrounding the LA Lakers and a certain Minnesota Timberwolves big man.

LakersNation.com writer Ryan Ward indicates in a recently posted column that "reports are coming in saying Kevin Love’s decision in free agency 2015 will be a choice between staying with the Timberwolves or signing with the Lakers."

While this is most likely conjecture at this juncture--seeing that Kevin Love has an entire season left in Minnesota to potentially reconsider his options and/or re-sign with the Timberwolves--the LA Lakers do present the most logical fit for the Minnesota Timberwolves' 3-time NBA All-Star.

Kevin Love makes his summer home in the city of Los Angeles, played collegiate ball at UCLA, and dates an actress. All of these factors point toward the LA Lakers, but in the end it comes down to a personal decision on Kevin Love's part--along with the financials.

Love is averaging a double-double for the third time in his six-year career this season, posting 26.6 points (4th in the NBA) and 10.1 rebounds per game.

Kevin Love is one of several game-changing free agents-to-be that have been linked to the LA Lakers as possible signings over the next two offseasons.

The LA Lakers have also been mentioned as dark horses for the services of Carmelo Anthony and LeBron James when they hit the free agent market this summer.

Be the first to read up on Lakers rumors, before they become old news. Follow our Lakers team page today.