Lakers Rumors: Julius Randle would "rather play against" LeBron, not with 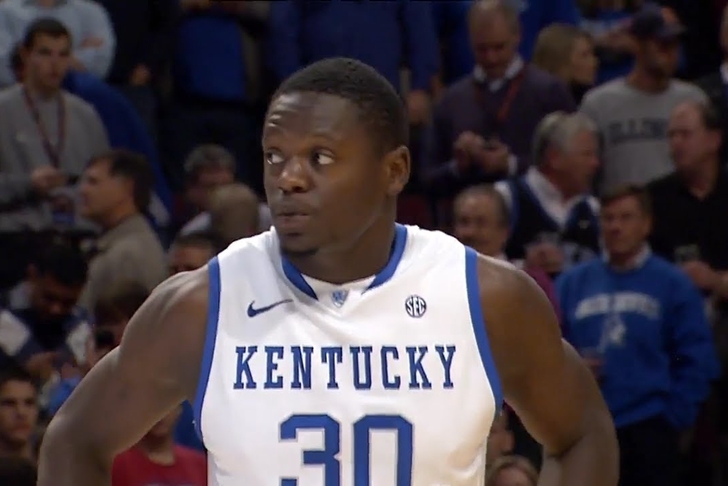 Per Dan Duangdao of Lakers Nation, the Lakers draftee spoke with Mark Anthony Green of GQ.com about why he'd rather face off with LeBron than fling passes to him:

"I’d rather play against LeBron. I just have an older mentality. I want to beat the best. Maybe in the future I’d want to play with him. I’ve been watching him my whole life. I’d rather compete against him and try and beat him than be on his team.”

Randle grew up as a Lakers fan during the height of the Kobe Bryant era, and it seems that Bryant's "us against the world" leadership mentality has rubbed off on the former Kentucky standout.

Also, with questions about his injured foot leading to him falling to the #7 spot in the draft, Randle admitted has a chip on his shoulder - something that he's looking to use as motivation against the best the NBA has to offer in 2014-15 and beyond.