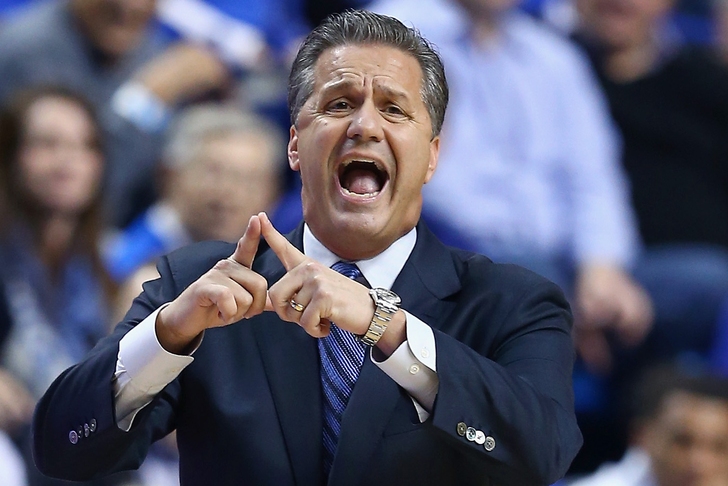 Here's a blockbuster in Lakers rumors for you to soak in before tonight's NCAA National Championship game -- the Los Angeles Lakers may be on the verge of signing Kentucky Wildcats coach John Calipari, regardless of tonight's outcome between the Wildcats and the UConn Huskies.

While many analysts seem already sure that Los Angeles Lakers coach Mike D'Antoni will be on his way out at the end of the 2013-14 NBA season, signing coach John Calipari to a deal in his stead could be the big move that vaults the Los Angeles Lakers back into the national conversation - especially helpful when courting key upcoming free agents like Carmelo Anthony and/or Kevin Love in 2015.

No official statement has been made by either Calipari or the LA Lakers at this point, so take it as conjecture for the time being.

However, all signs seem to point to Coach Cal at the Staples Center when the 2014-15 NBA season tips off.