Lakers Rumors: Jeremy Lin to the Lakers via trade this offseason? 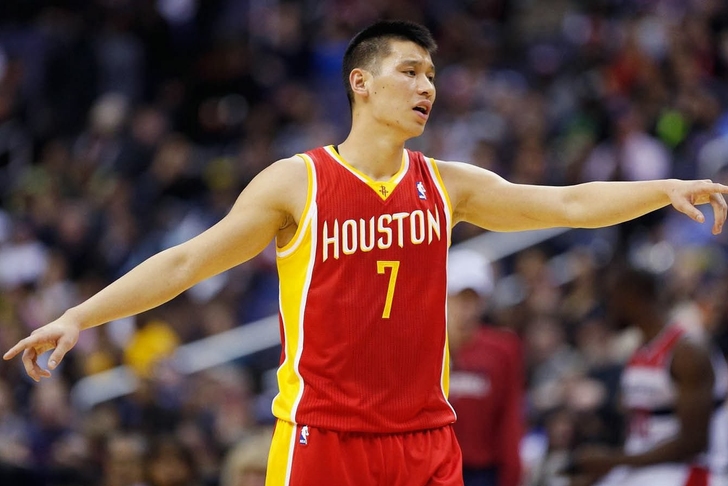 If you follow Lakers rumors closely, you are aware of the multitude of free agent and trade possibilities which pop up almost daily.

One very intriguing option has begun to surface among NBA sources in regard to the LA Lakers' future at point guard in 2014-15 and beyond--especially if the future of injured star Steve Nash's career remains in question.

The Latino Post is speculating that Houston Rockets point guard Jeremy Lin could be a target for the Lakers via trade this offseason, bring up several interesting points which could help this rumor take flight when the summer rolls around--

"Lin will be in the final year of his contract with Houston next year, and while talented, he's not seeing enough playing opportunities with the Rockets...Lin and D'Antoni have history, having hooked up in New York two seasons for an incredible stretch of play that helped save the Knicks' season."

Jeremy Lin is scheduled to make almost $15 million next season, which could end up taking the LA Lakers out of the market for such marquee 2014 free agents as Carmelo Anthony and LeBron James (and possibly hamper their overtures toward Kevin Love in 2015.)

Jeremy Lin has seen a marginal decrease in his minutes this season (29.4 mpg) compared to his first season with the Houston Rockets in 2012-13 (32.2 mpg). The emergence of Patrick Beverly has partially contributed to that, leading to rumors that coach Kevin McHale and Houston Rockets management may view Lin as expendable as the 2013-14 NBA season comes to a close.

If this proves true, look for the LA Lakers to possibly emerge as a primary suitor for a chance to bring Linsanity to Staples Center next season.