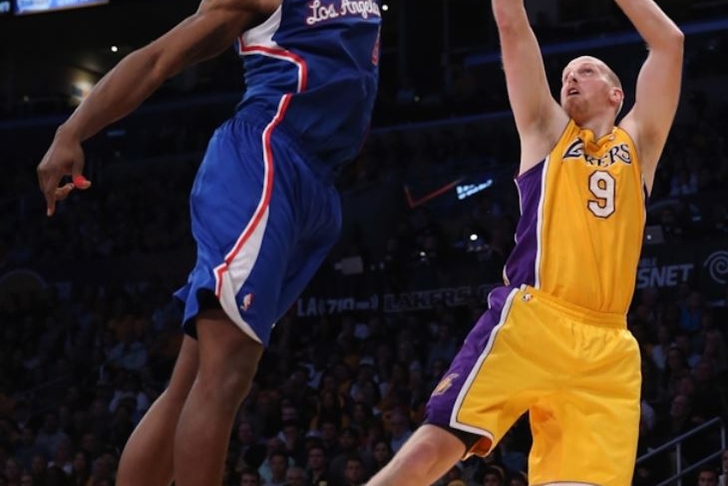 In an interesting bit of Lakers rumors today, there is a possibility that one LA Lakers big man will substitute for another as trade fodder before the February 20th NBA trade deadline.

NBA sources are indicating that, if 8-time NBA All-Star Pau Gasol isn't traded by next week, then currently-streaking LA Lakers center Chris Kaman could be on the way out.

Kaman has filled in admirably for the injured Pau Gasol, posting an 18.3 points and 8 rebounds per game in the LA Lakers' last ten contests. As Basketballinsiders.com reports, this recent increase in production will have several NBA contenders interested as the trade deadline draws near.

While Chris Kaman's contract is negligible (a $3.18 million/1-year deal), the fact that it is an expiring contract could increase its value on the trade market--garnering perhaps a decent plan-B package for the LA Lakers if trade talks for Gasol fall through.

Overall this season, Chris Kaman is averaging 10.2 points per game, marking the 9th straight year in the 11-year veteran's career that he is averaging double-digits in scoring.

Lakers rumors are getting wild as the trade deadline approaches. Be sure to follow our Lakers team page to stay up-to-date.